PDP, in a statement by its National Publicity Secretary, Hon. Debo Ologunagba, on Sunday, said the nation’s security, command and control structure under the Buhari-led APC administration has completely collapsed. 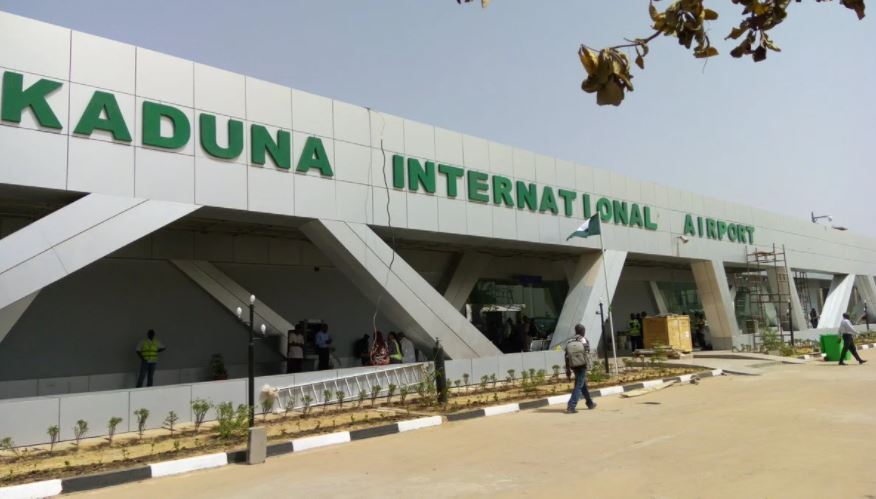 Nigeria's opposition party, the Peoples Democratic Party (PDP) has berated President Muhammadu Buhari over the alleged invasion of the Kaduna International Airport on Saturday, March 26, 2022, saying the All Progressives Congress (APC) has conceded sovereignty to terrorists.

PDP, in a statement by its National Publicity Secretary, Hon. Debo Ologunagba, on Sunday, said the nation’s security, command and control structure under the Buhari-led APC administration has completely collapsed.

The major opposition party said the invasion of the airport by terrorists at a time outlaws, kidnappers and marauders have allegedly taken over Nigeria’s highways and railways has further heightened security concerns that nowhere is safe in the country under the APC.

According to the PDP, “the refusal and failure of President Buhari and the APC to take action on the airport attack but continued to a jamboree in Abuja in the name of a National Convention reveal and confirm that the Buhari administration has conceded sovereignty over parts of our country to terrorists.”

Continuing, the statement read, “President Buhari’s nonchalant disposition to this grave security challenge indicates that his administration is unable, unwilling and or complicit in this particular attack as well as various other acts of terrorism in our country.

“It is indefensibly suspicious that while an international airport in our country was under attack by over 200 terrorists with many Nigerians being held hostage and traumatized, President Buhari and the APC continued in their carnival in Abuja without acknowledging or expressing concern. Is this not a case of “Buhari fiddles while Nigeria burns?

“The APC government has failed, become numb to violence against our citizens and can no longer perform its primary duty under Section 14 (2)(b) of the Constitution of the Federal Republic of Nigeria 1999 (as amended) which provides that security and welfare of the people shall be the primary purpose of government.

“President Buhari’s failure to address the Kaduna Airport attack is consistent with his characteristic abdication of duty at critical times. Nigerians can recall how in January this year, Mr. President cancelled his scheduled visit to Zamfara State, a state that is daily traumatized by terrorists”.

The party insisted that the President allowed shared sovereignty with terrorists over a part of the territory of the Federal Republic of Nigeria.

It added that one of the main features or determinants of sovereignty is the ability of an authority to impose taxes, enforce collection, control commercial activities as well as exit and entry points including airports.

According to the PDP, under President Buhari, terrorists have established sovereignty in substantial parts of the country, especially in the North West and North East regions, where terrorists execute laws and impose penalties, collect taxes, control commercial and transportation activities and now scaringly take control of an international airport with grave negative consequences to our national image in the world.