2023: We Will Never Support Your Presidential Ambition – NLC To Wike 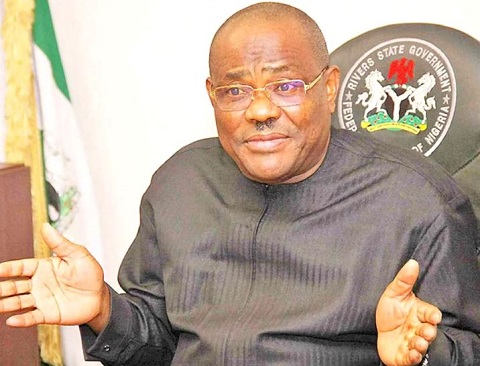 The Nigerian Labour Congress in Rivers State has said it will not support the presidential ambition of Governor Nyesom Wike.
The State NLC said the reason for taking such position is because the Governor does not take care of civil servants and pensioners in the State,
The Rivers State NLC chairman, Mrs Beatrice Itubo said this during an interview on Rhythm 93.7 FM Port Harcourt, accusing Wike of subjecting workers and pensioners to untold hardship.
The NLC Chairman pointed out that offices in public schools, the State secretariat and hospitals, were empty because the Governor had refused to employ fresh staff.
“We have seen what is happening here in Rivers State. Pensioners have not been paid their gratuity since the inception of this administration. Workers have not been promoted since the inception of this administration,” she said.
“Everywhere in the secretariat, even the schools and hospitals are empty. No workers, people are not employed,” she stated.
She said that everybody in the State was aware of what is going on, adding, “So, do you need a soothsayer to tell you? All of us know as well as I do,” vowing that personally, there was no way Wike is getting her support.
“They (workers) should come all out during the 2023 elections and vote for the candidates of their choice, who will be able to take the welfare of workers as a first charge. That is exactly what we are saying,” she added.
“That is the essence of this sensitization that we are in too. Charity they say begins at home. Let him (Wike) come home and pay retirees their gratuities, pay pension arrears, promote workers and then employ.
“The system is empty. It is not just to run from here and then you want to go to Abuja. There in Abuja, will you kill all the workers in Nigeria? Let him start the whole thing here (Rivers) so that we can give him the support. Without that, he will not have my support,” the state NLC boss stated.
Top Stories