From the message received, the debtor demanded an agreement to pay back the remaining sum in batches. 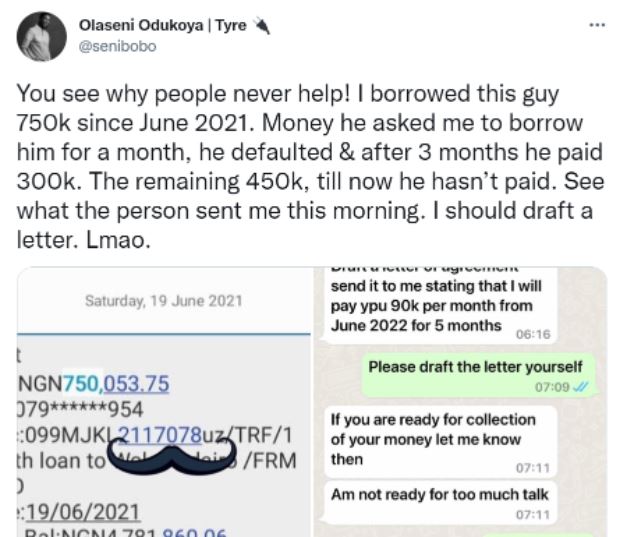 A Nigerian man took to social media to share a screenshot of the message he received from a debtor who gave him conditions on paying back the money he borrowed.

From the message received, the debtor demanded for an agreement to pay back the remaining sum in batches.

''You see why people never help! I borrowed this guy 750k since June 2021. Money he asked me to borrow him for a month, he defaulted & after 3 months he paid 300k. The remaining 450k, till now he hasn’t paid. See what the person sent me this morning. I should draft a letter. Lmao.'' 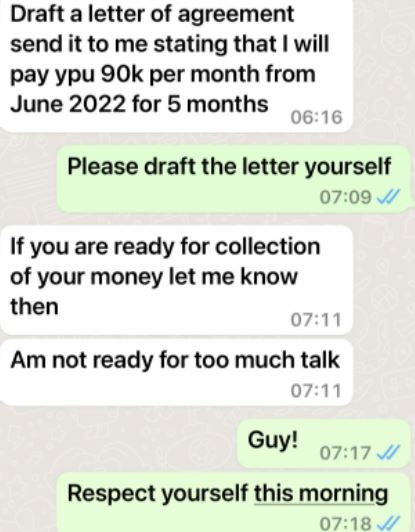 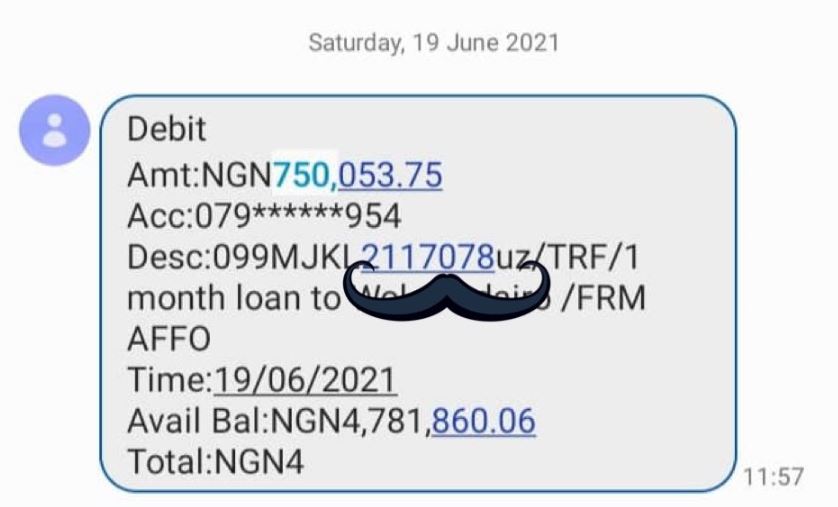