The mass which was held at the St Joseph Cathedral, Ekwulobia, Aguata Council Area, started at exactly 11:00am. 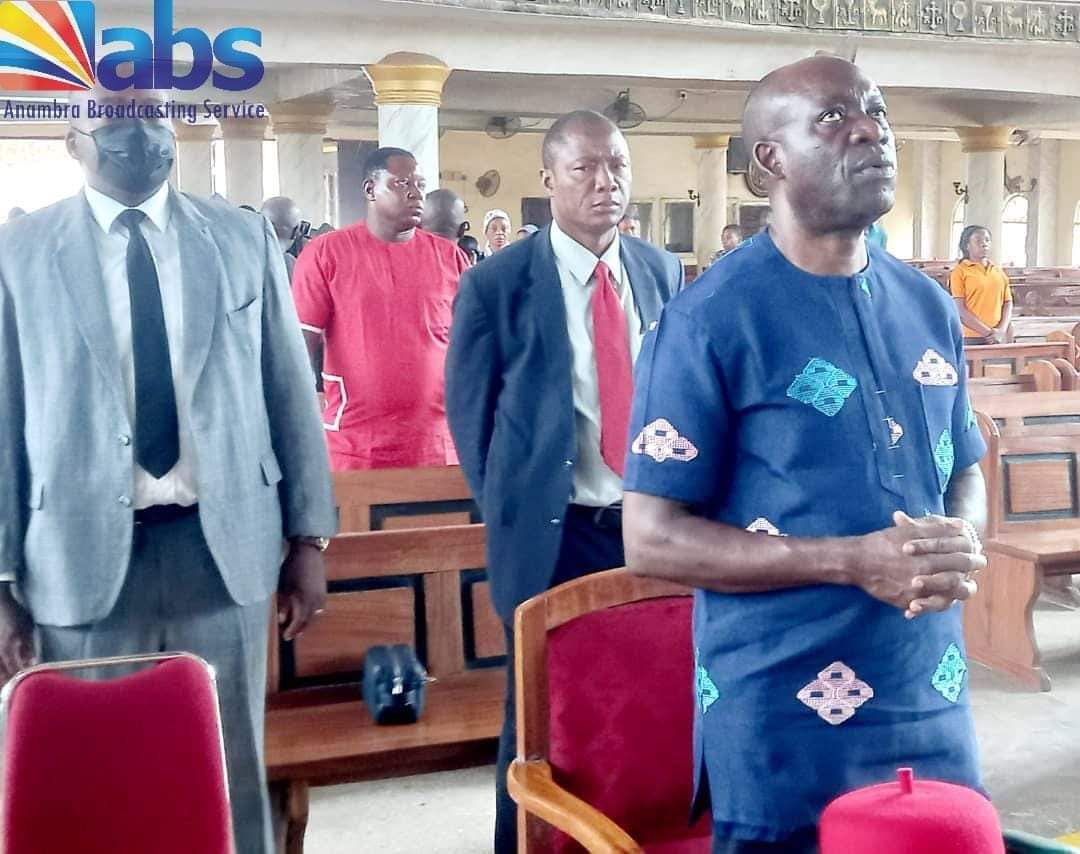 Governor Charles Soludo of Anambra State on Monday attended a prayer/mass service to officially signal an end to the sit-at-home order.
The mass was in honour of the agreements reached at the end of a one day peace building and security dialogue held at Professor Dora Akunyili Women's Development Center, Awka.
The mass which was held at the St Joseph Cathedral, Ekwulobia, Aguata Council Area, started at exactly 11:00am and is celebrated by the Catholic Bishop of Ekwulobia Diocese, Most Reverend Peter Okpalaeke.
Recall that during the one day dialogue, a Joint Statement by the government of Anambra State and the Joint Body of South East Council of Traditional Rulers, Bishops and Archbishops on the State of Insecurity in the Igbo Homesteads, Chairman of Anambra State Traditional Rulers' Council, Igwe Nnaemeka Achebe read out the decision and it was unanimously accepted by ndi Anambra.
It is one of the peace overtues by the present administration, towards the enthronement of more progressive Anambra. 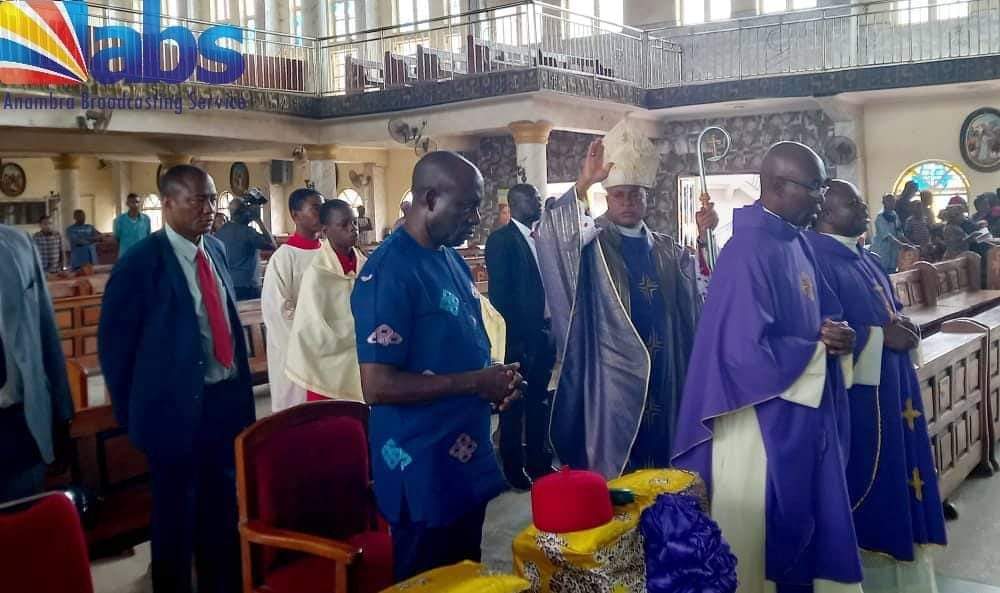 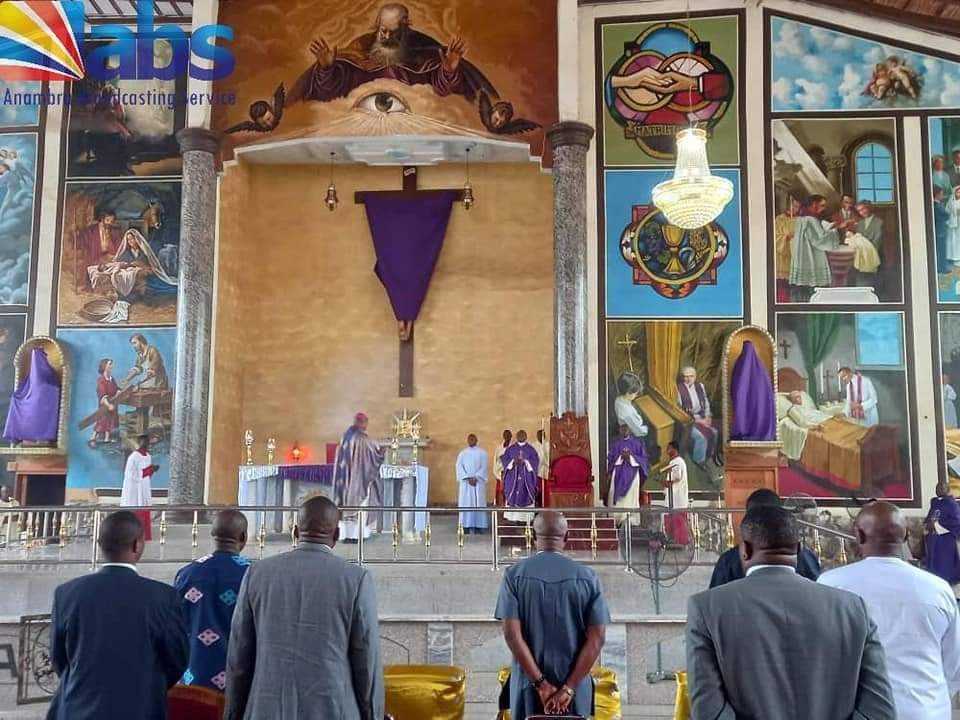