The convict was prosecuted following an assault on a personnel of the FRSC while on duty as well as dangerous driving. 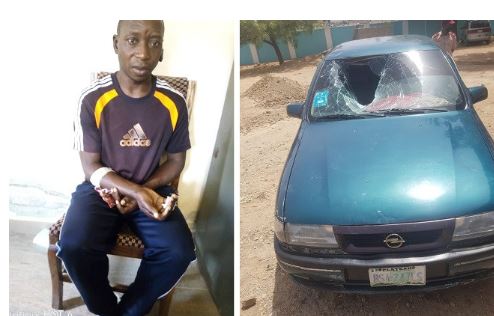 A commercial driver, Samaila Hamisu Garba has been sentenced to six months jail term by the Bauchi State Traffic Mobile/Magistrate Court for physically assaulting a personnel of the State Sector Command of the Federal Roads Safety Corps (FRSC).

The convict was prosecuted following an assault on a personnel of the FRSC while on duty as well as dangerous driving in case number FRSCBH/01/22, FRSC vs Samaila Hamisu Garba.

The offenses charged were WOV, Hazardous Goods Declaration (DGD), AMD, and OVL as presented before the court on been arraigned on 26/3/22 and prosecuted on the same date.

The court, however, gave the convict an option of paying the sum of N40,000 as fine which he paid to the court.

He was also directed by the court to pay a compensation of the sum of N20,000.00 to the FRSC staff that was assaulted and injured.

The court further ordered him to fix the damaged windscreen of his OPEL SALON CAR with registration BSA 247 AS at his own cost as transmitted by the Zonal Legal Officer of the FRSC.

Reacting to the judgment, Bauchi FRSC Sector Commander, Yusuf Abdullahi hailed the court for the prompt judgment, saying that it will serve as a deterrent to others who may be nursing such acts.

He, however, warned FRSC personnel not to engage any traffic offender in fisticuffs, saying that if he gets away today, he will definitely be apprehended tomorrow.

Abdullahi also told the drivers to see FRSC personnel as partners in the safety of lives and properties, urging them to relate as friends and brothers working together for the good of all.