Ayu said this while receiving in audience the European Union’s Ambassador to Nigeria, Samuella Isopi, at the PDP National Secretariat, Abuja, on Friday. 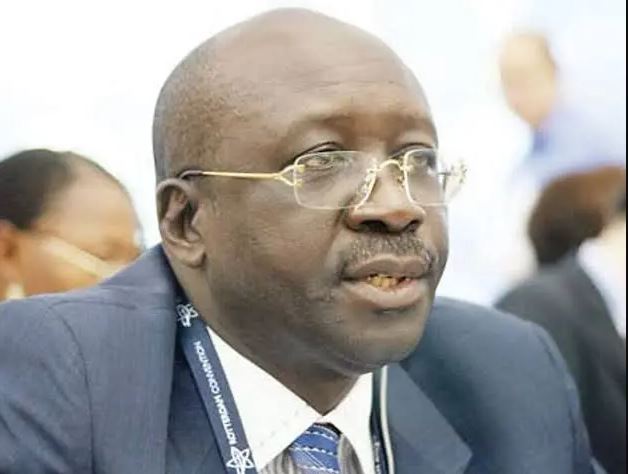 Senator Iyiochia Ayu, the National Chairman of the Peoples Democratic Party, has expressed confidence that whoever emerges as the party’s standard bearer after its presidential primaries will be President Muhammadu Buhari’s successor.

He said this just as he appealed to the European Union to further assist the Independent National Electoral Commission, to strengthen its capacity to register more voters and carry out public enlightenment.

Ayu said this while receiving in audience the European Union’s Ambassador to Nigeria, Samuella Isopi, at the PDP National Secretariat, Abuja, on Friday.

“I would want to draw the attention of the European Union and all our friends to the fact that we want free and fair elections in the country, the signals that we’re getting are not very encouraging.

“Today, insecurity is at it’s peak and extending beyond the rural areas and even coming to the urban centers.

“Finally, we worry about post elections as a political party. We have demonstrated that democracy is best when you transit smoothly from one electoral cycle to the other.

Ayu equally expressed sadness that the number of registered voters in Nigeria is far cry from what it ought to be because INEC’s capacity is being hampered by technical deficiencies.

He said, “It is true our INEC may be doing it’s best but we still think they can do better. Registration of voters in Nigeria is very low.

“And it is not just the mobilization by the political parties, but it is also the technical capacity of INEC to go out there and register Nigerians because in a population of almost 200 million People we expect that 40% of the population be captured on the electoral register and that is not the case.

“ I think what we have today is less than 5% and it’s not good eough.

“And therefore we want to call on the EU and all our friends that can help in that direction to make sure the more people are captured on the on the electoral register. “

The opposition leader expressed gratitude to the EU delegation for the help the Union had rendered to Nigeria over the years.

He noted that the EU played and is playing a significant role in the development and sustenance of democracy in Nigeria and should be commended for playing this role.

He used the occasion to berate the ruling All Progressives Congress for failing to secure the nation as well as the economy.

The former Senate President said that in less than eight years, the APC-led administration has taken Nigeria from an almost debt free nation to a most indebted nation on the African continent with poverty rates considered second to none across the globe.

He expressed the hope that the APC would Concede defeat when it loses the 2023 elections.

Earlier, the EU Ambassador expressed gratitude to the leadership of the PDP for the opportunity to meet.

She said, “The European Union restates it’s commitment as a strong partner with Nigeria and the Nigerian people, the European Union has been a steady, supportive partner for Nigeria’s democracy since the return to see the civil rule in 1999.

“European Union has been supporting the country in strengthening its democratic governance through the support to all the stakeholders to Independent National Electoral Commission(INEC) and as well as to the other actors and players of the process of the city society, the media, the political parties.

“We have also at the request of the Nigerian authorities always deployed electoral observation, to entrench the process of democracy. “

She said the meeting was part of EU’s regular consultations with all the stakeholders, actors and partners, a particular in view of the next elections.

The Ambassador reaffirmed the Union’s support for Nigeria’s democracy.