Owo Attack: 11 Children And 12 Adults On Admission At FMC - NEMA


The minister in a statement she released said she has directed the agency to immediately provide succour to the victims and families of the attack. 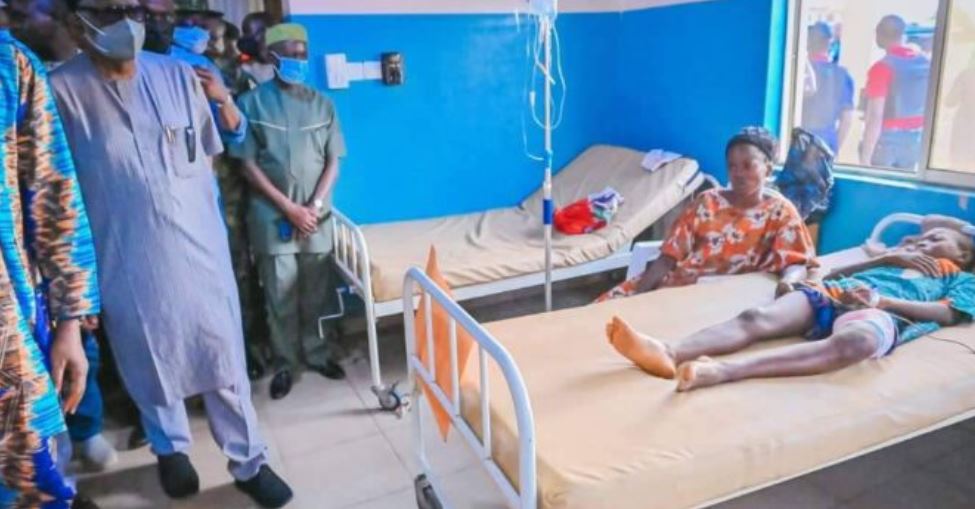 11 Children And 12 Adults On Admission At FMC

Eleven children and 22 adults have been admitted to the emergency wards of the Federal Medical Centre, Owo after gunmen attacked St Francis Catholic Church in the community, which led to the loss of lives, the National Emergency Management Agency (NEMA) has confirmed.

Sadiya Umar Farouq, minister of humanitarian affairs, disaster management, and social development, officials of NEMA are at the hospital for an on-the-spot assessment of the situation.

The minister in a statement she released thereafter, said she has directed the agency to immediately provide succour to the victims and families of the attack.

Sadiya who also commiserated with the families of the dead, the Catholic Church, the people, and the government of the state, describing the killings as “cold-blooded, evil and horrific”.

“Officials from NEMA, Ekiti Operation Office have arrived at the Federal Medical Center, Owo where the dead were taken to and the injured are being treated.

“NEMA is already conducting an on-the-spot assessment of the victims and the casualties.

“Meanwhile, Mr Kadiri Olarenwaju, Head NEMA Ekiti Operations Office, covering Ekiti, Ondo and Osun states has reported the admission of 22 adults and 11 children to the emergency wards at the Owo.

“This killing is horrific and mindless. The killing of many worshippers inside St Francis Catholic Church on a Sunday morning is condemnable,” she said.

“A lot of men, women, young girls, and children had their lives snuffed out during a church service in Owo.

“I mourn with their families and state government as well as the church. We pray for the repose of their souls.”