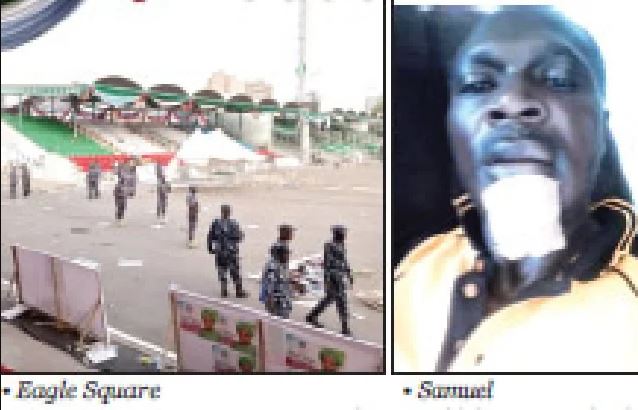 As many as four journalists who were assigned to cover the presidential primary of the All Progressives Congress lost their phones and cameras to suspected robbers and pickpockets at the Eagle Square in Abuja, The PUNCH reports.

While some of the hoodlums disguised as party supporters to perpetrate the act, others laid ambush and swooped on their victims outside the venue of the convention.

PUNCH Metro reports that the Editor of MP3 Weekly Newspaper, McDonald Azuju, was one of the victims.

Azuju was reportedly mobbed and dispossessed of his phone while waiting in one of the long queues outside the convention ground.

He said, “It is unimaginable that I can come all the way from Lagos to lose my phone to some petty thieves in Abuja. Although a DPO assured me that he would help to recover it. But I doubt it. My only consolation is not allowing the culprit to escape unpunished.”

The teenager who took the phone reportedly said he threw it to a member of his syndicate, whom he could not remember.

Aside from Azuju, a foreign journalist was also mugged while on duty at the convention.

He was said to have lost his bag in the midst of a stampede when policemen fired tear gas to control the crowd.

According to him, the bag contained his personal belongings, including a digital camera and an iPad.

Our correspondent learnt that security agents arrested three suspected phone snatchers after they attacked another reporter.

The well dressed lads, who joined the queues of delegates, reportedly took advantage of the commotion at the gate of the Eagle Square to snatch the handset from the journalist’s pocket.

The journalist raised the alarm, which attracted the attention of security agents who rushed to the scene.

After the suspects were frisked, the missing phone was not found on them.

However, an officer, who saw the assailants throw something under a stationary security vehicle, retrieved the phone where it was hid.

A correspondent with Daily Asset, Adams Samuel, who was just discharged from the hospital, said he was knocked down by a car while fleeing from machete-wielding robbers.

He said, “I left the APC secretariat to cover the convention at the Eagle Square. When I alighted, I couldn’t find my way. So, I made my way to the Lagos House to meet some of my colleagues who were already there. That was when the hoodlums surrounded me. I didn’t even know they were close.

“As I tried to quickly put my phone in my pocket, they lunged at me with machetes. So, I did a mental calculation and concluded that my best option was to run across the major road with vehicles on both lanes.”

Samuel, while trying to outrun the assailants, was knocked down by a car, as the gang swooped on him and took away his phone and other valuables.

Sympathisers were said to have taken him to a hospital.

“I woke up at the Asokoro Hospital and kept wondering how I got there. My camera was smashed and they took away my phone. The Nikon camera cost me N250,000. I don’t even know how to go about getting another one,” he lamented.

The Federal Capital Territory Police Public Relations Officer, Josephine Adeh, did not take her calls, which rang out.

She had also yet to respond to a text message from our correspondent as of press time.

The APC convention is the second major political campaign where journalists would be exposed to police brutality and robbery this year.

The police had earlier arrested 10 suspected pickpockets at a special convention held by the Peoples Democratic Party at the National Stadium on May 28.