The abductors killed the clergyman in frustration while Nurudeen was also shot dead during the gun duel. 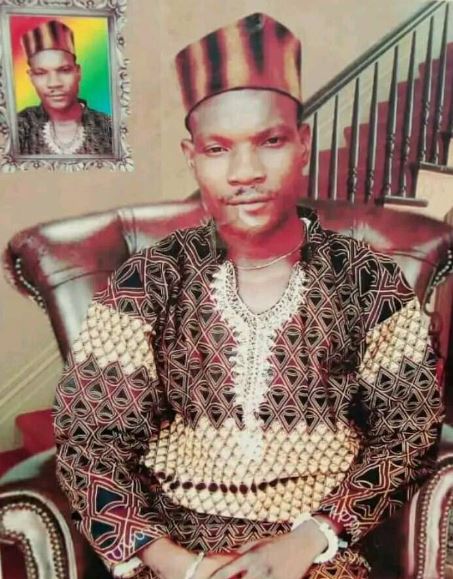 A hunter identified as Yusuf Nurudeen who was shot dead by kidnappers has been mourned online by one of his relatives identified as Latifah Kadiri.

The priest was abducted from his rectory in the early hours of Sunday, June 25, while he was on his way to conduct a mass for worshippers at the parish.

Shortly after the abduction, the Edo State Police Command deployed a team from Jattu Divisional Police headquarters to the scene.

The security operatives, in collaboration with a team of local vigilante officials, went into the forest with a view to rescuing the catholic priest.

The abductors killed the clergyman in frustration while Nurudeen was also shot dead during the gun duel.

The gallant hunter has been laid to rest. 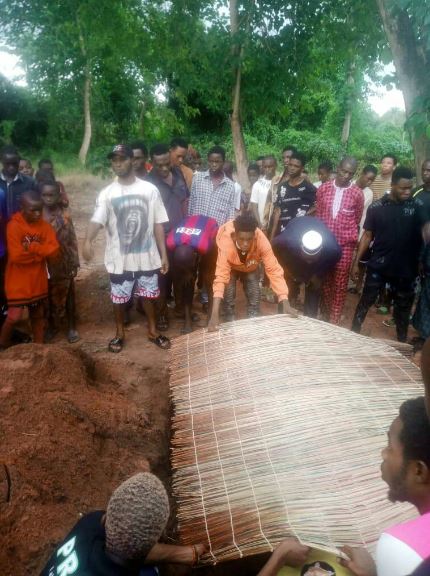 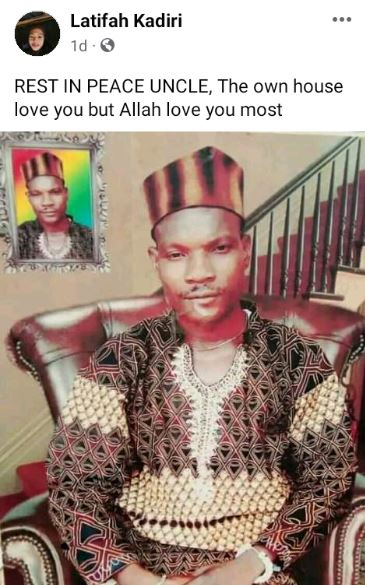 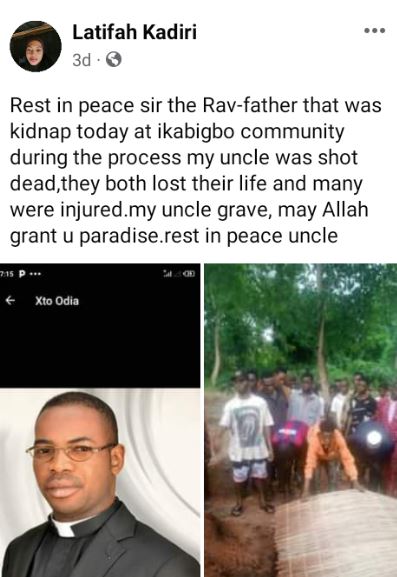