He was said to have fraudulently obtained over N5 billion from unsuspecting members of the public on the pretext of investment in forex trading. 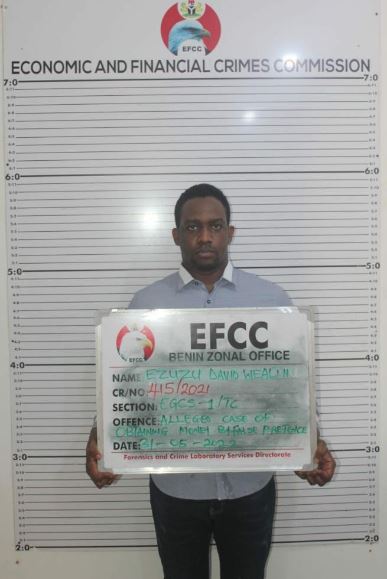 An investment fraudster identified as David Wealth Ezuzu, who was arraigned by the Benin Zonal Command of the EFCC before Justice Efe Ikponmwonba of the Edo State High Court, Benin City has been sentenced to two-years imprisonment on Tuesday, July 5, 2022.

Ezuzu, a pastor and the chief executive of Arerben Ventures, an investment company, was arraigned on one count charge of obtaining by false pretence.

He was said to have fraudulently obtained over N5 billion from unsuspecting members of the public on the pretext of investment in forex trading.

The charge reads: ''that you, David Wealth Ezuzu ( trading under the name and style of Arerben ventures) sometimes between 11th January, 2020 and 1st day of March, 2021 in Edo State within the jurisdiction of this Honourable Court did transfer the aggregate sum of N15,2000,000 (Fifteen Million, Two Hundred Thousand Naira) out of the total sum of N5,458,171,996.95 (Five Billion, Four Hundred and Fifty-eight Million, One Hundred and Seventy One Thousand, Nine Hundred and Ninety-six Naira, Ninety-five Kobo) you received in your account from unsuspecting members of the public as investment into Forex trading to your Bank in the name of Ezuzu David knowing that same represent proceeds of Ezuzu David’s criminal conduct, to wit: obtaining money by false pretense and thereby committed an offence contrary to Section 17(a) of the Economic and Financial Crimes Commission ( Establishment ) Act, 2004 and punishable under section 17(b) of the same Act”.


The defendant pleaded guilty to the charge. In view of his plea, the prosecution counsel, Francis A.Jirbo, prayed the court to convict and sentence him accordingly.

However, the defence counsel, A. Afamefena, pleaded with the court to temper justice with mercy as restitution shall be made to the victims of the crime.

Justice Ikponmwonba convicted and sentenced Ezuzu to three (3) years imprisonment with an option of Two Million Naira fine, while his company, D.W. Arerben Global Investment, was convicted and slammed with a fine of N2 million.

The judge also ordered the forfeiture of N102, 131.45 in the defendant’s business account and five other bank accounts in the name David Wealth Ezuzu, to the Federal Government through the EFCC for the purpose of restituting victims of the crime.

The court further ordered that the defendant forfeits to the Federal Government through the EFCC for the benefit of the victims of the crime the following properties:

A piece or parcel of land measuring approximately 200ft By 200ft ( 1 Acre ) lying and situated at Elibujor ogne- of Layout by Benin – Asaba Expressway. 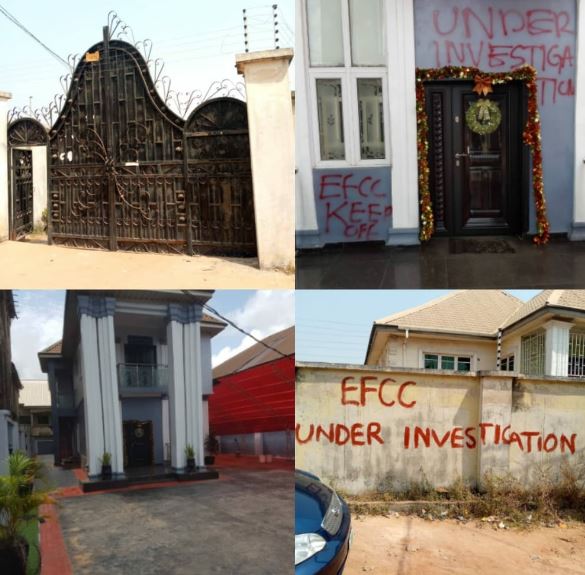 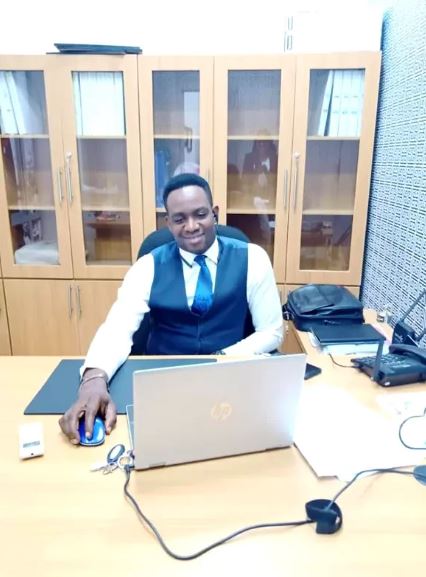