Spokesperson of the command, SP Abdullahi Haruna Kiyawa, in a statement on Thursday, July 7, said 32 stolen mobile phones were recovered from the suspect. 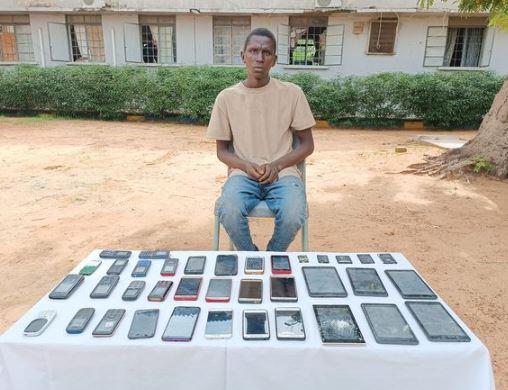 A 24-year-old ex-convict, Umar Salisu has been apprehended by men of the Kano State Police Command for burglary and theft.

Spokesperson of the command, SP Abdullahi Haruna Kiyawa, in a statement on Thursday, July 7, said 32 stolen mobile phones were recovered from the suspect.

"On the 22/06/2022 at about 0800hrs, a report was received from a resident of Tudun Murtala Quarters, Nassarawa LGA Kano State that, on the 21/06/2022, he left his shop where he used to repair and sell Mobile Phones, that when he went to the shop the following day in the early morning hours, he discovered that unknown hoodlum(s) broke the door of his shop and stole more than forty (40) Mobile Phones belonging to his customers," the statement read.

"Sustained efforts coupled with intelligence-led follow-up resulted in the arrest of the principal suspect, Umar Salisu, 'm', 24 years old, of Tudun Murtala Quarters Kano. Thirty-two of the stolen Mobile Phones were recovered from him. Two other suspects were arrested for buying thirteen (13) of the stolen Mobile Phones from the suspect, with an effort for more recoveries.

"On investigation, the suspect confessed that he singlehandedly went to the shop on 22/06/2022 at about 0200hrs, use an iron, broke the door and stole away many Mobile Phones in a bag.

"He further confessed that he was arrested two years ago for theft of ten (10) Mobile Phones, charged to court and sentenced to two years in the correctional centre without an option of a fine, where he served for the period and was recently released. He begged not to be charged to the same court because the Magistrate warned him.

"Discreet investigation is in progress, and the Commissioner of Police directed that the principal suspect be charged to the same court he was charged before for prosecution."

The CP commended the effort of the Police Officers that participated in the investigation and further reiterates that criminals will have no hiding place in Kano State. 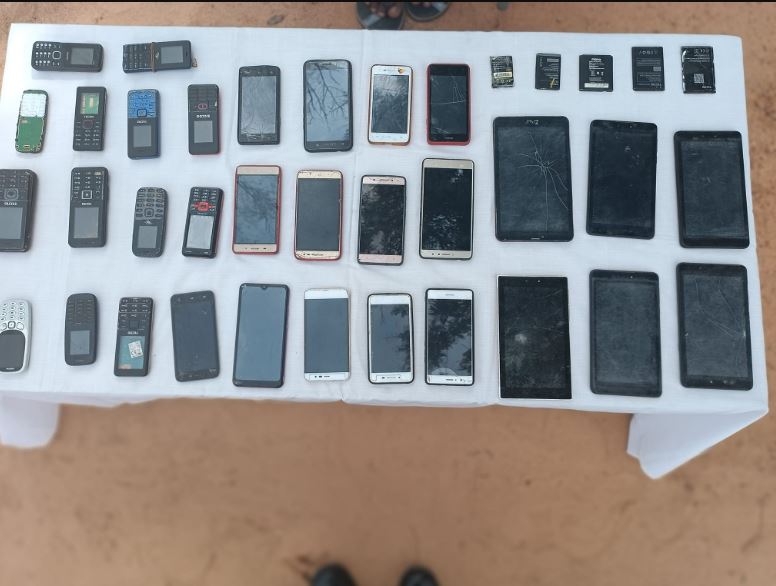