He said candidates’ agenda should also be scrutinised “so as to know what we are going into before we get into it.” 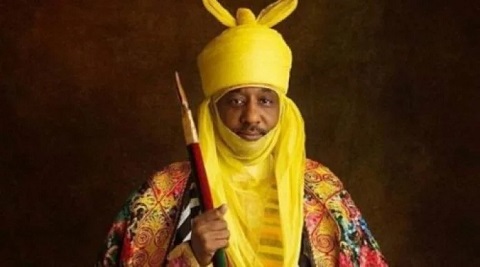 Former Emir of Kano, Muhammadu Sanusi II has warned Nigerians against electing incompetent leaders.
He spoke on Wednesday, arguing that Nigerians should elect leaders be based on competence and not ethnicity.
He said candidates’ agenda should also be scrutinised “so as to know what we are going into before we get into it.”
Sanusi spoke at The August Event 2022 organised by the Moses Adekoyejo Majekodunmi Foundation in collaboration with St Nicholas Hospitals held in Lagos.
The event tagged, “Nigerian Healthcare System: The Past, Present and Future; celebrating the legacy of Chief Dr Moses Adekoyejo Majekodunmi,” is held every two years to celebrate the legacy of MAMF founder’s passion for growth and development in healthcare and education.
Sanusi, who was the chairman of the event, said, “Political aspirants should also be asked of their plans for hospitals and education amongst other key undeveloped areas in the country.
“The government has lost respect for the profession and no amount invested into education can be gotten back in salaries in this country. Doctors and teachers deserve a decent life and respect.
“Education and healthcare are the basic foundation for the development of a nation, and the rate of brain drain is high because prepared budgets in the health and education sectors have been embezzled and mismanaged.
“In 2016, 18 % of inflation was recorded which made the price of everything on average to double every four years. A bag of rice which sold for N8, 000 in 2015, now cost N35,000.
“In 2011, a debate was held right here in this same venue about fuel subsidy. We did everything within our powers to tell Nigerians to cater first for priorities, but we now spend a borrowed N6.7trn on fuel subsidy which will continue until June 2023.
“Inflation, exchange rates, cheap fuel that is not produced by our refineries all create negative impacts, and are also a brain drain of the economy which cannot be addressed in isolation.”
Top Stories