Suspension Of 5% Excise Duty On Telecom Services Will Affect 2023 Budget - DG Of The Budget Office Of The Federation, Ben Akabueze


He noted that the federal government may need to rework its recent medium-term expenditure framework (MTEF) due to the development. 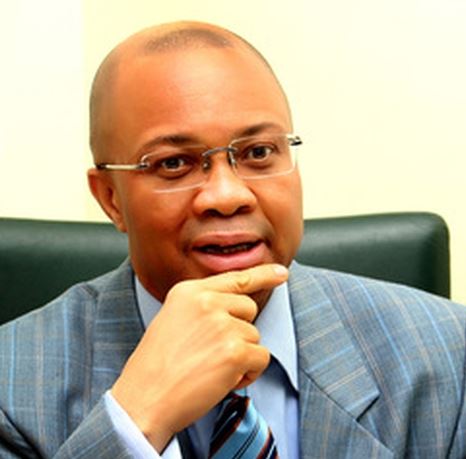 Ben Akabueze, the Director-General of the budget office of the federation has disclosed that the suspension of 5% excise duty on telecom services will definately affect 2023 budget.

Akabueze said this in an interview on Arise Television. He noted that the federal government may need to rework its recent medium-term expenditure framework (MTEF) due to the development.

He also pointed out that making changes to the current MTEF document would only negatively impact the government’s plan as it had already gone through a long process before its official endorsement.

“I don’t know about the suspension. This is the law now. So, beyond what I have read in the media, we haven’t been advised in terms of the suspension. For instance, recently the Federal Executive Council (FEC) passed the MTEF for 2023-2025.

“The framework that the FEC passed includes projections for this tax. That framework is currently before the national assembly. Over the last two weeks, we have been holding meetings with agencies of government on this.

“If we are formally advised that this is no longer applicable, then we will have to rework that Medium Term Expenditure Framework.

“What that means is that the projected revenues will decline and the deficit will increase, which means that we either have to cut back on expenditure or increase debt.

“The MTEF proposal has a total of N19.76 trillion, with a proposed deficit of N12.42 trillion. We face critical fiscal challenges which we need to address.”

Akabueze also stressed that companies operating in Nigeria are not over-taxed when compared to 21 other African countries with higher taxes.

He further stated that the average effective tax rate (AETR) in some African countries, for the telecoms sector, which measures the percent of the income that an individual or a corporation pays in taxes, is currently over 90 percent.

“This wasn’t something that the ministry of finance woke up and introduced. The finance bill went through the FEC. It went to the national assembly as an executive bill from Mr. President. At the end of the day, it was passed and they signed it into law.

“We were engaging with customs and the Nigerian Communications Commission (NCC) about implementation.''

Akabueze also said Nigeria will seek relief from the International Monetary Fund (IMF) if it is unable to address the issue of rising fiscal headwinds before they escalate.

“Essentially, there are two ways countries end up with the IMF. One is voluntary when they ask IMF for help, or when things get to the grind where they simply have no other option.

“I don’t see Nigeria going to the IMF voluntarily. It’s a hot issue here in Nigeria. But the truth is that if we don’t address our fiscal challenges sensibly and sustainably, we may end up unwillingly with the IMF, but Nigeria isn’t in that kind of desperate situation yet.

“Even though I said we should not cut expenditure in total, we need to get more efficient in our spending. If we don’t do that again, it is tantamount to continuing to dig.”