In a bid to resolve the strike and other contentious issues, the government had raised a panel led by the Emeritus Professor Nimi-Briggs to head the government’s negotiations team. 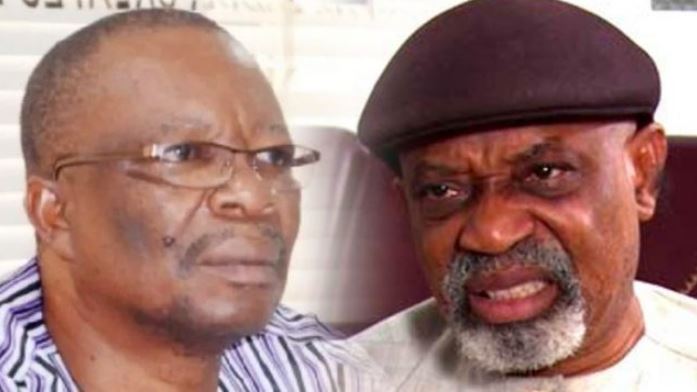 Saturday PUNCH reports that the Federal Government may consider an out-of-court settlement with the Academic Staff Union of Universities just days after dragging the union before the National Industrial Court.

The seven-month old strike embarked upon by ASUU was declared by the president of the union, Professor Emmanuel Osodeke, on February 14, 2022 at the University of Lagos. The union said it had to go on strike following the failure of the government to honour the previous agreements reached with the union.

Some of the union’s demands include the release of revitalisation funds for universities, payment of lecturers’ earned allowances, deployment of University Transparency Accountability System as the payment platform for university lecturers, renegotiation of the ASUU-FG 2009 agreement among others.

In a bid to resolve the strike and other contentious issues, the government had raised a panel led by the Emeritus Professor Nimi-Briggs to head the government’s negotiations team.

The Minister of Education, Adamu Adamu, had told State House Correspondents during a press briefing that the refusal of the government to agree to pay the lecturers’ salaries for the six months they had spent at home was stalling the strike. He said ASUU insisted that lecturers must be paid their salaries for the period they were on strike.

But the Minister of Labour and Employment, Chris Ngige dragged the striking university lecturers to court.

In a letter dated September 8 and addressed to the Chief Registrar of the Industrial Court, Ngige asked that the suit be given an accelerated hearing in order to resolve the dispute between the union and the government.

He asked the court to interpret in its entirety the provisions of Section 18 Laws of the Federation of Nigeria 2004, especially as it applies to the cessation of strike action once a trade dispute is being resolved.

The suit which was heard initially by Justice Hamman Polycarp on Monday, September 12, 2022 was adjourned to September 16, 2022.

Meanwhile, a source in the Ministry of Labour and Employment who spoke with one of our correspondents in strict confidence on Thursday revealed that the government might consider an out-of-court settlement should the striking lecturers call off their strike and return to work.

The source noted that the reason why the striking lecturers were dragged to court was because of their failure to return to work despite the efforts made by the government.

The source said, “We may consider an out-of-court settlement if they agree to return to work. The reason we dragged them to court initially was because they refused our pleas to return to work. We met with them several times and made moves for reconciliation but they refused. The reason for going to court is for the court to compel them to go back to work. If they agree to resume, there is no need going ahead with the suit.”

The National Industrial Court on Friday adjourned till Monday, September 19, hearing in the suit filed by the Federal Government challenging the ongoing strike by ASUU.

At the resumed sitting on Friday, counsel for the Federal Government, James Igwe (SAN), asked the court to give the suit an accelerated hearing due to the urgency of the matter to enable the students to return to school.

He requested the court to direct ASUU to resume work pending the determination of the suit. But the counsel for ASUU, Femi Falana (SAN), opposed the request, stating that it would amount to determining the substantive suit.

Igwe told the court that since the matter was already in court, it would be proper for the strike to be called off pending the determination of the suit.

Counsel for ASUU, Femi Falana (SAN), argued that the matter was adjourned to Friday for further mention and not for hearing. He said he had been served with the Federal Government’s motion for interlocutory injunction.

The judge said it was the issue for determination and therefore could not be resolved before hearing.