According to Ikpe, the snakes curled into their midst as they sat on top of the broken tombstones, drinking liquor and smoking. 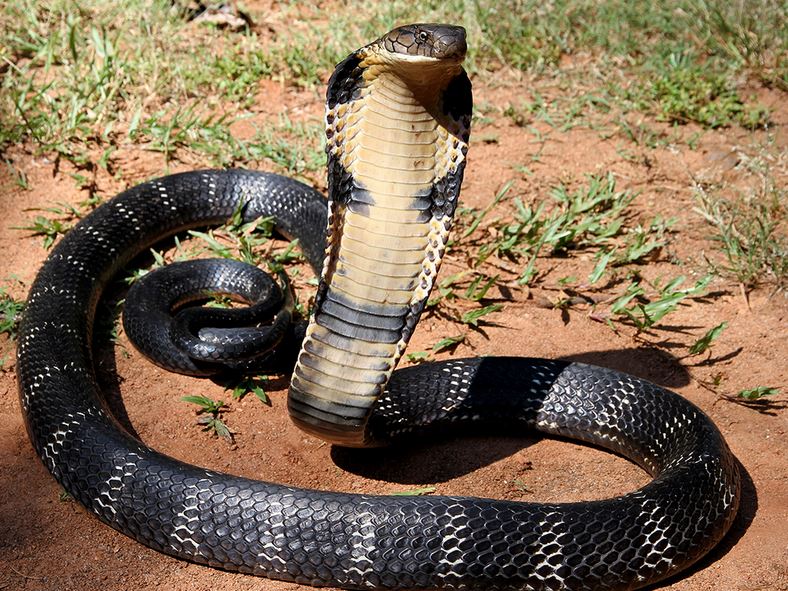 Some men who sleep inside open graves in the Hawkins Cemetery in Calabar have been reportedly chased away by snakes.

On Monday evening, the incident is reported to have again happened inside the massive cemetery, which has become a thick forest in the heart of town.

A coffin carpenter, who has a shop on Calabar Road near Watt Market, Esan Ikpe, who said he frequents the cemetery because of his many clients, disclosed that a black snake was killed by the young men who live in the place.

According to Ikpe, the snakes curled into their midst as they sat on top of the broken tombstones, drinking liquor and smoking.

“They immediately jumped and wanted to run but turned about to chase the reptile and killed it.

“This is not the first time snakes have chased these cemetery dwellers and are killed.

“Early this year, there were reports that assorted snakes were seen in the cemetery.”

Ikpe explained that it should be expected that such reptiles would be multiplied in such unkempt and bushy environments.

One Mr. Donald Ekpenyong, whose colleague was buried there last week, expressed sadness and worry over the very poor state of the cemetery and others in the state where they have been allowed to be overgrown with wild weeds.

According to him, all the graves have been overfilled so that when new corpses are brought, the older ones are dug up for new ones to be buried.

“Digging up older graves are rampant because there are no more spaces for new corpses. As a result, human bones and other remains do attract rats and other reptiles”, he said.

The administration of the cemetery falls under the purview of the Calabar South LGA. Its chairman, Esther Bassey, could not be reached for comment at the time of filing this report.