In a statement issued by the Chief Press Secretary to the Kwara Governor, Rafiu Ajakaye, the financial approval was why the state government stopped work on the road. 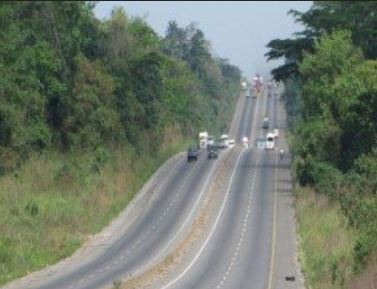 The Federal Government has approved the sum of N27 billion for the construction of Kishi-Kiama Road in Kwara state.

In a statement issued by the Chief Press Secretary to the Kwara Governor, Rafiu Ajakaye, the financial approval was why the state government stopped work on the road.

“The Federal Ministry of Works has informed us that we should stop work on that road because they have got new approval from the Federal Government and the contract for the road has been reissued at N27bn.

“The Kishi-Kaiama road is very important for the whole of the country because of the volume of trade in farm produce,” he said.

“The contract was first awarded over 10 years ago and it is a federal road. However, nothing was happening.

“When we came, we tried to continue the project and the Federal Ministry of Works has now asked us to terminate the contract and vacate the road.

“The ministry said the former administration in the state gave the contract to a company that did not meet the  requirements.

“We removed them and gave it to the company that came second in the bid and we mobilised the company with as much as N600m.

“Our latest communication with them (FG) was that they want to re-award the contract and that our own contractor should vacate the site.

“That is why work has stopped on Kishi-Kaiama Road,” Gov. Abdulrahman Abdulrazaq was quoted as saying.

According to the statement, the governor promised that work will begin on Bode-Saadu-Kaiama-Kosubosu Road next year, saying the project would be financed through a portion of BUA Group tax.

“Hopefully, by the first quarter of 2023 work should begin on that road.

“The plan is that BUA Group will use a portion of its tax to the Federal Government to fund the road.

“We have been on that discussion with BUA to open up Bode-Saadu-Kaiama-Kosubosu Road.

“Most of our major roads are federal roads and they are in deplorable conditions,” Abdulrazaq said.