The suspects were arrested by the Police Tactical Operatives during intelligence led operations conducted in some criminal hideouts in the State. 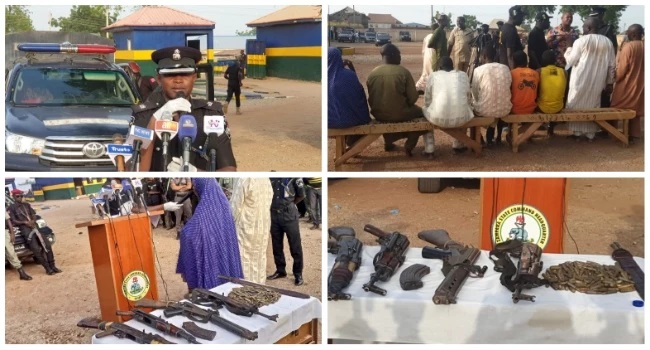 Informants for bandits, cattle rustlers, and a gunrunner have all been apprehended by security operatives in Zamfara state.
Zamfara State Police Command said the suspects were arrested by the Police Tactical Operatives during intelligence led operations conducted in some criminal hideouts in the State.
The state Commissioner of Police, CP Kolo Yusuf, who disclosed this on Wednesday, October 12, while parading the eight suspects reiterated the determination of officers and men of the Command to keep on doing their possible best to end the lingering insecurity bedeviling Zamfara State for over a decade.
According to the commissioner, police foiled attacks on communities in Tsafe, Bukkuyum and Shinkafi Local Government Area of the state.
He stated that two suspected informants allegedly collaborating with bandits operating from Munhaye forest of the Tsafe Local Government Area of the state, were arrested.
"On 6th October, 2022, Police Tactical Operatives acted on intelligence information and arrested the above named suspects who were allegedly collaborating with notorious bandits from Munhaye forest in Tsafe LGA. One of the suspects, Hauwa’u Usman, a female residing in Gusau confessed that Ali and Hamza are her younger brothers and are among the bandits who based in Munhaye forest terrorizing communities of Tsafe and neighbouring Katsina State. Intelligence information about her revealed that she has been an informant to her two younger brothers (Bandits) in the bush. Even though, she denied fraternizing with them, but she indicted the second suspect Aliyu Mamuda to be the supplier of drugs, food stuff, operational motorcycles for banditry and hiring labourers for the bandits to go and farm their farmlands in the bush," the police boss said.
Two more suspects, Mubarak Yusuf, 27, and Ibrahim Rabi, 35, were arrested in connection with criminal conspiracy and intimidation to kidnapping. A third suspect, Aliyu Buzu is currently at large.
"On 7th October, 2022, Police Tactical Operatives attached to CP’s Monitoring Unit State headquarters acted on intelligence information and arrested the above named suspects. One of the suspects Mubarak Yusuf confessed to have connived with his gang members Ibrahim Rabi’u and Aliyu Buzu now at large, called his uncle and and his neighbor and intimidated them to either give them the sum of Five Million Naira (N5,000,000) and Four Million Naira (N4,000,000) or risk kidnap," the commissioner stated.
"The second suspect Ibrahim Rabi’u also confessed to the crime and further stated that, apart from engaging in this crime, he also specializes in fraudulent act where he severally called innocent people and claimed to be a spirit that makes people to be rich, and collected money on three different occasions in the name making them rich.
In another development, police arrested two suspects, Musa Umar, 54, and Idris Yaro,40, for being in possession of nine rustled cows along Magami-Wake road.
"On 10th October, 2022 Police Detectives attached to Anti Violence Section Zamfara State Command while on patrol along Gusau – Wanke road, acted on intelligence information and arrested the above named suspects while conveying nine rustled cows in a truck. In the course of interrogation, the suspects could not give satisfactory accounts of the cows; or presented documents that would legitimize their ownership of the cows. Discreet investigation is in progress,"
Police operatives repelled bandits' attack on some communities in Tsafe, Shinkafi, Bukkuyum and recovered arms and other dangerous weapons.
"Police Tactical Operatives of the Command while on rigorous patrol in some trouble locations in Tsafe, Bukkuyum and Shinkafi LGAs received a series of distress calls from communities on plan by bandits to attack their villages," he said.
"In response to the distress calls, the operatives succeeded in repelling most of the planned attacks where serious exchange of fire between the bandits and the Police operatives ensued, forcing the bandits to flee with possible gunshot wounds sustained,"
In the course of search at the scene, one AK-49 rifle, two AK-47 rifles, one LAR rifle and one cutlass, bunch of charms, and other exhibits belonging to the bandits were recovered.
Normalcy has since been restored in the areas, while confidence building patrol is being sustained.
Meanwhile, police arrested a suspected gun runner, Abdullahi Sani, 28, and recovered 250 rounds of AK-47 live ammunition from him.
"On 6th October, 2022 Police Detective of the Command while on patrol along Gusau – Wanke road intercepted the above named suspect in possession of the above exhibits. The suspect confessed to have been sent by a notorious bandits called Ladan with sum of One Million One hundred and ninety Thousand Naira (N1,190,000) to be delivered to the arms supplier who were to hand over consignment to him to deliver to the bandit leader, before nemesis caught up with him and arrested by the Police,"
Another suspect, Salisu Adamu, 35, was arrested for aiding banditry activities around Magami-Dangulbi general area of Maru LGA.
Exhibits recovered from him include hard drugs like Penta injection, Chloroquine injection, Exzol tablets, a carton of beer, food stuff and a sack of wrappers.
"On 9th October, 2022 Police Detective of the Command in collaboration with vigilante acted on intelligence information that a truck driven by the above named suspect was loaded with the above mentioned exhibits on transit from Kano to Dangulbi area to supply the above exhibits to the bandits operating in the bush. The driver was arrested with the exhibits and now undergoing a discreet investigation with a view to arresting his partners in crime." the statement added. 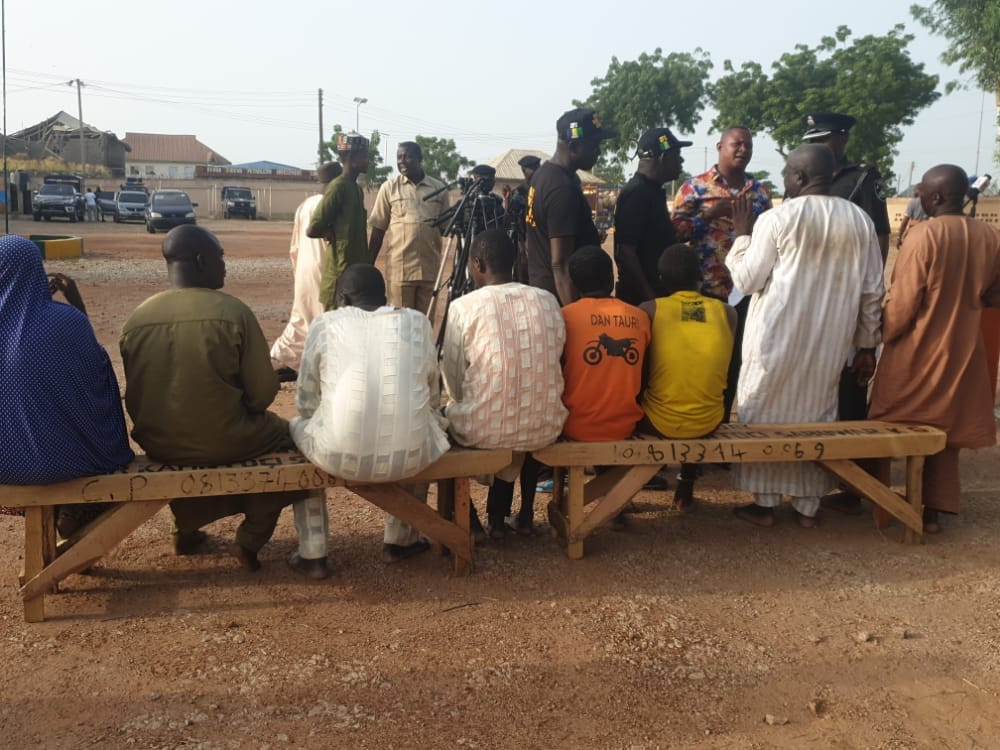 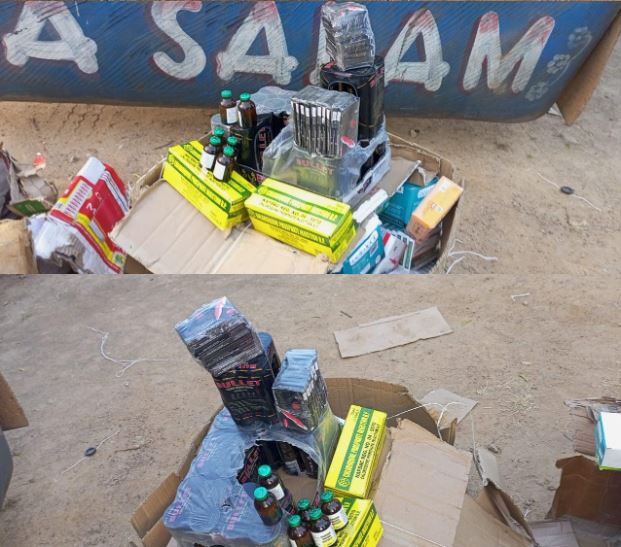 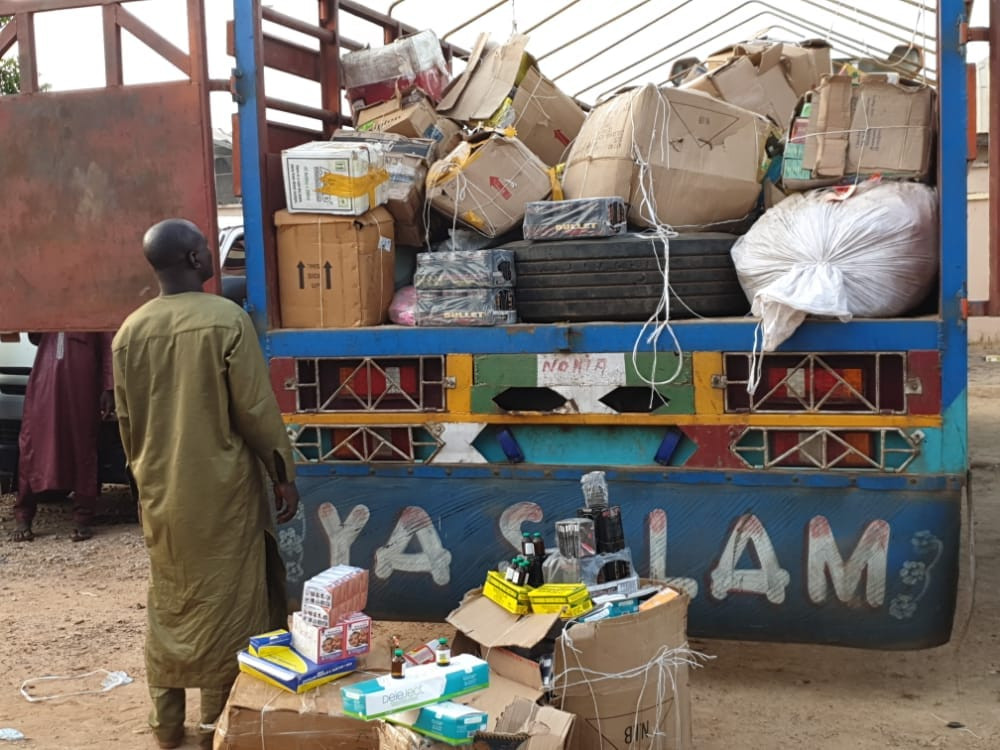