The commission lamented that some media organisations reported and described the fraudsters as their[NIMC] officials without duly checking with the agency to know if indeed such persons were its officials. 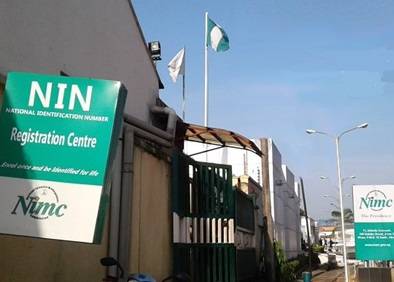 The National Identity Management Commission (NIMC) has reacted to arrest of fake officials of the commission in Niger Republic.

The NIMC said its attention has been drawn to reports making the rounds in the media, of the arrest by the Nigerian Army, of two persons purported to be carrying out enrolment of persons in Niger Republic and being erroneously or spuriously referred to as NIMC officials.

NIMC, an agent of the Ministry of Communications and Digital Economy, said that as the army rightly pointed out, the purported officials are fake and fraudsters meaning that their claim to be NIMC staff has been proven from the beginning to be false.

The commission lamented that some media organisations reported and described the fraudsters as their[NIMC] officials without duly checking with the agency to know if indeed such persons were its officials.

The agency called on the general public and its media to distance themselves from the incomplete report, adding that a simple check with NIMC would have further confirmed the Army’s professional conclusion that the persons apprehended are indeed impersonators and fraudsters.

“We wish to state categorically that neither NIMC officials nor staff of the NIMC licensed enrolment agents across the country are authorised, nor do they go from one country to another, let alone from Nigeria across the borders, to enrol Nigerians much less foreigners,” a statement signed by Engr. Aliyu A. Aziz, NIMC’s Director-General said.

“So far, NIMC has a number of licensed diaspora enrolment agents in over 38 countries operating over 152 centres across the world strictly to enrol Nigerians in those countries. The list of the Diaspora enrolment licensed companies, which has been published over time in the media.

“The public is by this information put on notice and advised that NIMC does not and will not authorise its staff or its agents to go across any borders to register non-Nigerians, as this is not part of our mandate.

“Fraudsters and impersonators should be pointed out for who they are: criminal elements, and the cooperation of the public is required in assisting security agencies in their work of curbing these crimes in our society.

“NIMC wishes to commend the Nigerian Army for the good job they’re always doing, and more particularly in this respect. NIMC also commends all other security agencies for their untiring efforts in collaborating with us and other sister agencies in the efforts to rid our country of criminal elements.”