The hospital had earlier tweeted that the man was brought to the hospital unconscious by a good Samaritan on September 25, 2022. 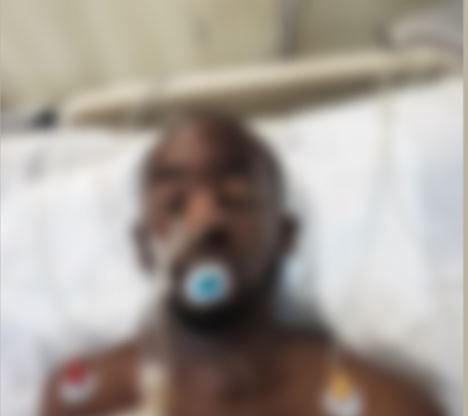 Segun Ezekiel, a patient, who was said to have been abandoned at the National Hospital, Abuja, has been identified by his relative, The PUNCH reports.

Officials of the hospital confirmed the development to our correspondent on Thursday.

The hospital had earlier tweeted that the man was brought to the hospital unconscious by a good Samaritan on September 25, 2022.

“The management of the hospital is hereby appealing to any member of the public whose relation has not been seen since the aforementioned date to please come to Trauma ICU National Hospital, Abuja, for identification and further necessary action.”

Our correspondent, who visited the ICU unit of the hospital on Thursday, gathered that after the tweet, people thronged the hospital to see if the patient was their relative.

The hospital’s spokesman, Mr Tayo Hastrup, said a lady, who claimed that the patient looked like her missing boyfriend, visited but later discovered that they only looked alike.

PUNCH Metro learnt that the victim’s elder brother later showed up to identify him.

A family friend, who asked not to be identified, said, “That is his elder brother. They stay in Abuja here. I was also called to come here; their father is an old man.”

An official at the ICU unit confirmed the development.

The official said, “People saw him (the patient) by the roadside and he was brought to the hospital. His brother came in today (Thursday) after our tweet. I think he is from Ekiti or Ondo.

“It’s like they want to operate on him but they can’t take him to the theatre in this condition until he is stabilised.”

Efforts to speak with the said brother proved abortive, as he paced up and down the hospital.

Calls and messages to the hospital’s spokesperson for further clarification and updates were not successful as of the time of filing this report.