In his new single, Mohbad claimed that the Marlian Records crew were after his life and even went as far as threatening him and his parents. 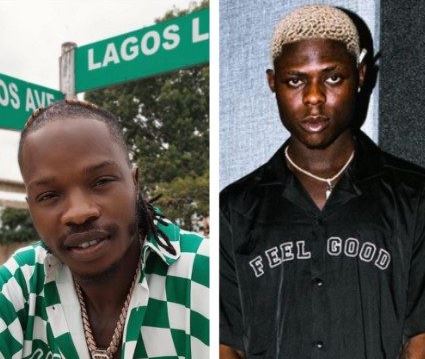 Nigerian singer, Mohbad has dropped his first single after his rift with his former label boss and singer, Naira Marley.

A teaser video of the diss track was shared on Instagram on Monday.

Mohbad who recently terminated his contract with the record label, fired shots at Naira Marley and other Marlian Records signees over what transpired between them.

In his new single, Mohbad claimed that the Marlian Records crew were after his life and even went as far as threatening him and his parents.

“Won ti se ojoro…won fe ma corner mi,” he says in the track and this translate to “they have cheated…they wanted to trick me”.

Mohbad also went on to admit that he might not have much but he is happy.

In a letter dated Tuesday October 24, the 26-year-old through his lawyers served Naira Marley with notice of contract termination.

In the letter tagged “Termination Notice”, the lawyers calmed Naira Marley orchestrated and carried out violent attacks on their client.

The letter also stated that Naira Marley has failed to pay all royalties and advances due to Mohbad as agreed in the contract entered into in 2019.