One of the victims, Okoro Mkpuma, a father of nine children and a staff of Ikwo College of Education, blamed the fire on a power surge. 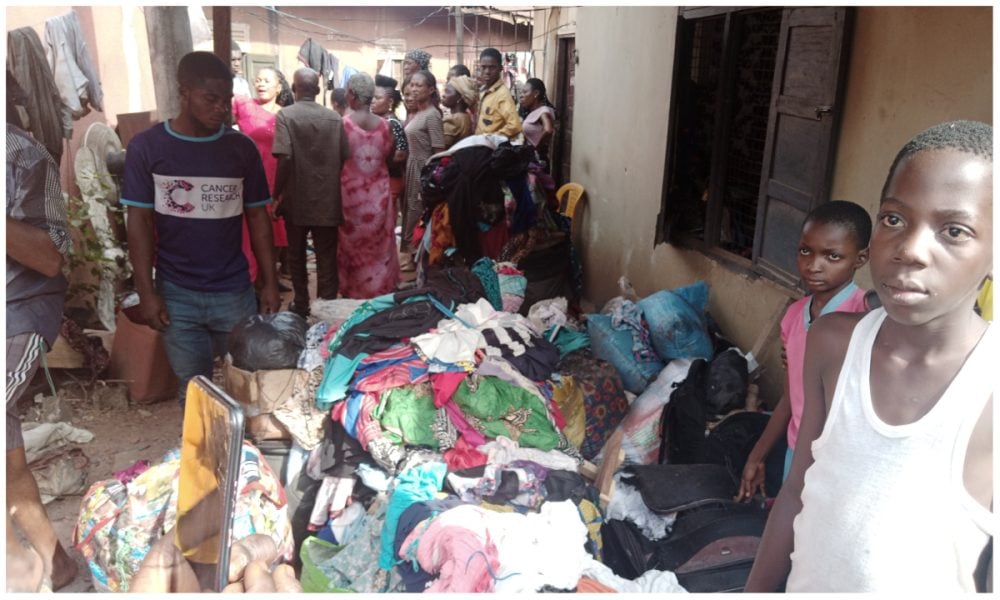 In what will come across as a really startling development, a storey building has caught fire in Ebonyi State,

The building of six flats located at No. 29, Udensi Street in Abakaliki, capital of Ebonyi State, was on Friday gutted by fire.

One of the victims, Okoro Mkpuma, a father of nine children and a staff of Ikwo College of Education, blamed the fire on a power surge.

Narrating his ordeal, Mkpuma, who hails from Ohaozara LGA, said that all his valued documents and properties worth millions of naira were destroyed by the fire.

According to him: “I was on my way when they called me that fire is raging in our building, and on reaching and I saw that all the building was on fire. There is no way we can sleep now. The whole building was razed completely.

“The problem was that there was an amount of money my wife kept inside the room. The money was given to her by somebody to keep. We will welcome any help the state government can render to us.” 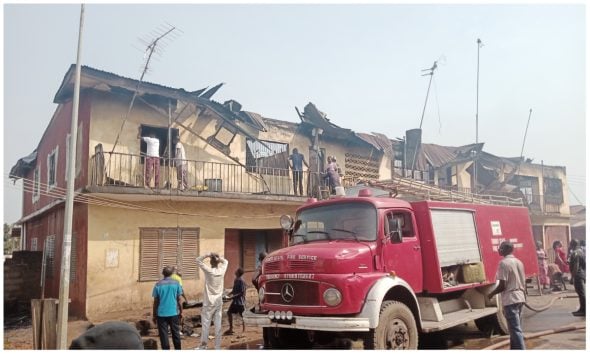 Another victim, Aleke Samson, a public servant, said he lost valuable properties and cash worth over N30 million in the fire incident.

According to him: “I was called that our building is on fire. Nothing was removed from our apartment. Everything, both cash and properties, was gutted by the fire. The only thing is that there was no life lost. People who are around said that the fire was caused by EDDC power surge.

“I want the government to help us because we are totally stranded. What I lost in this fire incident is over N30 million.”

Also, an 11-year-old boy, Mkpuma Chidirim, trapped by the fire while sleeping, said it took the intervention of his senior sister to save him as she jumped into the house and woke him up.

The Ebonyi State Chief Fire Officer, Engr. Raphael Ibiam who spoke to newsmen at the venue said that they were contacted relatively late after the fire had gutted the building.

“This storey building had already been gutted by fire when we were called. And so, we came to fight the fire, and as you can see, the fire is almost over,” he said.

He warned citizens of the state to always put off their electrical appliances after use to avert the occurrence of this kind of incident.