The INEC Chairman, Mahmood Yakubu, made the assertion Tuesday while speaking at the Chatham House, London. 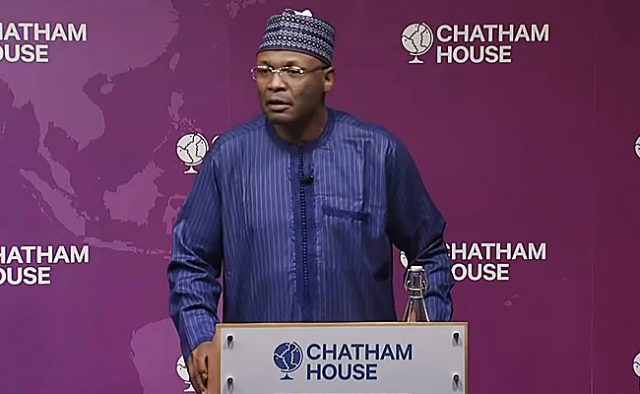 Nigeria's electoral body, the Independent National Electoral Commission has revealed that it is satisfied with the preparations done so far ahead of the 2023 elections.

The INEC Chairman, Mahmood Yakubu, made the assertion Tuesday while speaking at the Chatham House, London.

“We have promised Nigerians and friends of Nigerians that the 2023 general election will be free, free and credible and we have left no stone unturned in preparing for it.

“But like with all elections, especially those requiring the extensive national deployment like we do in Nigeria, it will naturally come with challenges.

“We have worked closely with stakeholders and development partners to confront these challenges and we are satisfied with our preparations so far.”

Lamenting the continuous attacks on its facilities nationwide, the INEC Chairman said despite the attacks, elections would hold.

He said, “In four years, 50 facilities attacked in various parts of the country. The implication of the attacks is that we have to rebuild facilities and replace materials. The commission and security agencies have increased their presence in some of these locations. The last attack happened on Sunday last week but because of the cooperation between the military and the electoral commission, we were able to respond and the damage was limited to just a section of the building in a local government office.

“But inspite of these attacks, we will rebuild facilities and replace damaged and lost items, the elections will hold.”