The Liga champions will end their pursuit of the Atletico star if a bidding war occurs. 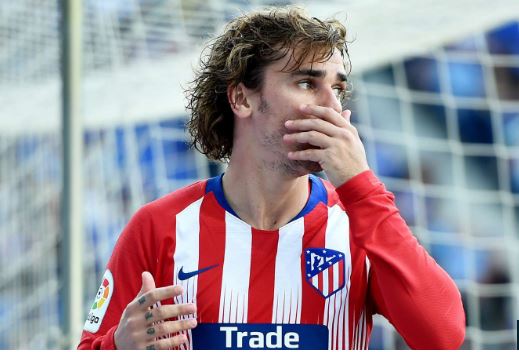 Antoine Griezmann
Antoine Griezmann to Barcelona is not a done deal and Manchester City are among the clubs looking to sign the France star, according to Sport.
The forward has a €200 million release clause, which drops to €120m on July 1, and City, Paris Saint-Germain and Bayern are all interested.
Barcelona do not want a bidding war for Griezmann, so they will pull out of a deal if he does not openly signal his desire to move to the Liga champions soon.
Crystal Palace forward Wilfried Zaha would be prepared to re-join Manchester United this summer, and snub Arsenal and Borussia Dortmund in the process, according to The Telegraph.
The Eagles have set their asking price at £100m, with United mulling over a move for a player they initially signed for £10million in 2013.
Zaha left Old trafford on a loan deal to Cardiff City after struggling to nail down regular first-team football under David Moyes and, latterly, Louis Van Gaal.
Crystal Palace have yet to receive a formal offer for Wilfried Zaha, although the club is sympathetic to his desire to play Champions League football.
According to the Guardian, Zaha had talks this week with Palace chairman Steve Parish, who enjoys a good relationship with the striker.
The club could demand a fee of up to £100 million ($128 million), especially knowing that Manchester United will get a piece of the fee as part of a sell-on clause.
Chelsea left-back Marcos Alonso has emerged as a target for La Liga runners-up Atletico Madrid, according to AS.
The Spanish outlet claims the 28-year-old has been identified as a suitable replacement for both Lucas Hernandez and Felipe Luis, who are set to leave the Wanda Metropolitano Stadium.
Top Stories