He added that mobile and static patrol will be mounted at key flash areas for proper monitoring. 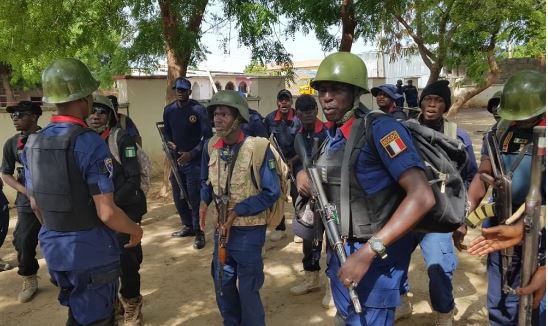 The Jigawa State command of the Nigerian Security and Civil Defence Corps said it has deployed a total of One Thousand One Hundred and Fifty (1150) personnel for the coming Local Government election holding on Saturday, 29 June,2019.
This was contained in a press statement signed by the command’s Public Relations Officer, SC. Adamu Shehu issued to DAILY POST in Dutse.
He explained that the personnel will be deployed to various polling units, collation centres and other strategic places alongside other security personnel drawn from various security formations in the State.
Adamu said security personals will provide security to both personnel of JISIEC and it’s ad-hoc staff, the Voters and Election materials, before during and after the Local Government elections.
He added that mobile and static patrol will be mounted at key flash areas for proper monitoring.
He, therefore, advised party leaders to warn their members from committing unwholesome actions capable of causing break down of law and order.
Top Stories