Adams said it was unfortunate that Nigerians usually forget events and memories of the past, adding that Nigeria's problems emanated from the military's dictatorship which was against freedom of speech and expression. 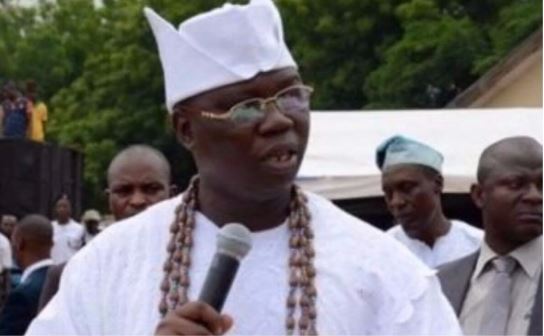 Gani Adams
Aare Onakakanfo of Yorubaland, Iba Gani Adams has joined other Nigerians calling for the release of the presidential candidate of the African Action Congress (ACC), Omoyele Sowore.
The publisher of Sahara Reporters and convener, Global Coalition for Security and Democracy in Nigeria, was arrested by the Department of State Services (DSS) over a planned revolutionary protest which held in some states but was foiled by security agencies.
In a statement on Monday by his Special Assistant on Media, Kehinde Aderemi, Adams said the detention was an abuse of human right, stating that the planned revolutionary protest cannot be said to be treasonable since it was yet to be implemented as at the time Sowore was arrested.
Adams said it was unfortunate that Nigerians usually forget events and memories of the past, adding that Nigeria’s problems emanated from the military’s dictatorship which was against freedom of speech and expression.
He said: “Not everybody can have access to the presidency in Abuja. This is democracy, not militarism, where people are cowed and jailed over issues relating to their welfare.
“Sowore is an activist, and he was part of the struggle for this democracy. Therefore, he is entitled to express his feelings and that of Nigerians in a democratic setting.
“I think the federal government must consider his freedom as a panacea for peace. For instance, I wonder how a peaceful protest by armless citizens will now turn to a treasonable felony.
“It is unfortunate that many of the people at the corridors of power today were part of the protests against former president Goodluck Jonathan in 2015, but today the situation has changed.
“I am afraid they wanted to draw the nation backward to those years of the military, where peoples rights to freedom and other fundamental human rights were alien to the military
“Even in countries that have good institutions and good welfare policies, the citizens still organise peaceful protest and the government will surely listen to them
“As an activist and promoter of peace, I have engaged in various rallies and protests. On each occasions, we consulted widely, taking into considerations so many factors,including the rights of Nigerians to embark on protest, noting also that such rights should not translate to a violent or forceful protest
“Nigeria is a democratic republic, therefore, unlawful detention of a people can lead to further crisis and the Federal Government must try as much as it is possible to avoid this by listening to the cries of Nigerians.
“The Federal Government must free Sowore and formulate policy programmes that have direct impact on the mass of the people,” Adams concluded.
Top Stories