Yvonne Nelson: The Sweet And Sour Love Stories Of The Beautiful Ghanaian Damsel


The story has been told of the ups and downs of popular actress, Yvonne Nelson's love life. 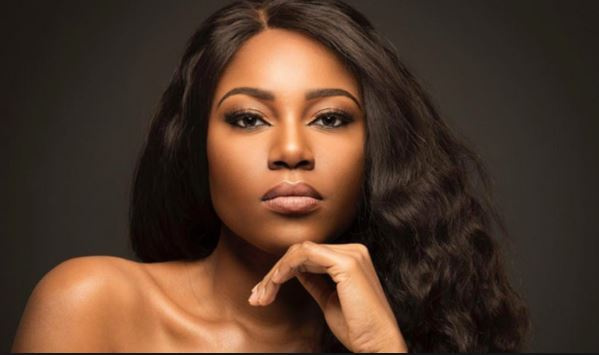 Yvonne Nelson
When she’s acting, one gets mesmerized as she interprets her role with great awe. Your eyes are glued to the TV screens, and you want to be like her. But despite her talent and beauty, there’s one aspect of her life that lacks a pleasant story – her love life.
Somehow, love has eluded Yvonne Nelson for many reasons. Since her dramatic break up with Nigerian singer, Iyanya in 2012, the Ghanaian damsel has been starved of true love. Even when she thought she had fallen in love again, Yvonne was beaten to it after she broke up with her baby daddy, Jamie Roberts.

The leggy actress is considered to be a very beautiful woman who’s rarely lucky in love. She might have the right curves to entice any man, but love life has not been easy for Yvonne.

Recall that Yvonne was over the moon about her affair with Iyanya which of course, was a toast of the public. Their fans and admirers couldn’t take their eyes off their every moment. While it lasted, Yvonne was never shy to express and talk about her amazing relationship with Iyanya. Just as Iyanya was so into the Ghanaian actress that he couldn’t but make reference to her in one of his hit songs,’Ur Waist.’
The club banger generated a lot of controversies with many expressing the opinion that there was strong affinity between the lovebirds, although some argued that it was just a mere infatuation. But at the end of it all, there was nothing to show for their public display of affection as the beautiful actress was heartbroken in the long run.

While Yvonne who started her acting career in 2000, but rose to fame in 2007, after featuring in the movie, “ Princess Tyra’ was so much into the relationship, Iyanya saw it as a mere friendship. When the Kukere crooner was asked to comment on their relationship, after they were spotted together having fun on the beach, he denied it and said ‘it’s a mere rumour peddling by detractors.’

“We were just chilling at the beach. She’s just a friend. I really care about her. There’s nothing between us. We are cool. She is a darling to me,” Iyanya was quoted as saying. However, it was believed that ‘Yvonne and Iyanya were just admirers of each others’ works, nothing more.’ But it was shocking when the Ghanaian actress took it to another level, claiming the pop singer dumped her for other women.

Revealing why she broke up with Iyanya, in 2013, Yvonne said: “We dated for seven to eight months. We had something and I thought it was special like he was a wonderful guy but it was all lies. He had other girls and other things he was doing. Aside the actress that was in the picture, there were a lot more. That is how bad it is. We were in a relationship and he lied throughout.” Yvonne could not hold back her disappointment and frustration, thereby chronicling the stories of her unsuccessful love journey.

Yvonne frowned at Iyanya for dumping her and breaking her heart. Responding, the Kukere crooner told her he never really loved her. While free-styling with his popular song, ‘Kukere’ at a show in the UK, Iyanya hit the pretty actress harder than she expected. He sang: “Yvonne Nelson, I lost your medicine. She called that she’s coming over and I rode her like a jangolova. All I want is your waist, no emotions, no tears, no letters, no love, no nothing. All I want is your waist, she aint even know it. She brought emotions.”

Yvonne was also romantically linked to one Ghanaian international footballer, Derek Boateng, whose affair was found a bit out of the ordinary. It was reported then that Boateng was responsible for all the monies spent in her movie productions. Like what was expected, when he was asked to confirm the report, he debunked all those claims.

The same way, she was accused of dating her colleague, actor John Dumelo. For years, the two movie stars were rumoured to be seeing each other. The rumour stemmed from the fact that they were always seen together and had numerous photos on both their social media accounts. But on numerous occasions, they refuted the rumours, claiming that they were just best friends. This didn’t stop the rumours from spreading.

But in spite of this, one failed relationship that got at Yvonne was the break up with her baby daddy. The British photographer came into her life, after the sad experience she had with the Nigerian singer. Out of excitement, Yvonne reportedly said that falling in love with Jamie and having his daughter were two of the easiest decisions she ever made.
She went as far as producing a documentary, ‘Waiting for Ryn’, which detailed her pregnancy journey, an expression of how far she had come from being a broken-hearted actress to a fulfilled young mother. But when their relationship turned sour, and following fans’ verbal attacks on her having a child out of wedlock, the actress decided to reveal the circumstances that surrounded her pregnancy which was initially shrouded in secrecy.

According to her, a man she was dating before meeting her baby daddy had proposed to her but with the condition that she moved to London.

She said being a successful actress here in Africa, she realized there was nothing for her in London, hence her decision to leave the relationship and move on with her life. Unfortunately, her baby daddy never proposed to her until their break up. Confirming on Joy FM, the screen goddess said they were no longer together and she was very single.

As it stands today, Yvonne is still single and searching. And against her earlier claim, it’s possible that she still has her eyes on Nigerian men. Recently, fans took to social media to warn her against dating ex-Big Brother Naija star, Tobi. In a photo, she shared on Instagram, Yvonne was seen sitting in a car with Tobi as they both smiled excitedly.

After posting the photo, the actress captioned with an emoji which meant that she was happy to be with the handsome young man. Some fans, who saw the photo immediately warned the actress to be wary of her relationship with the Nigerian lover boy in order to avoid the mistake of the past.

But despite her unlucky love stories, Yvonne is one of the most celebrated actresses in Africa. In close to two decades of her sojourn on the film sector, the screen goddess contributed immensely to the growth of the Ghanaian movie industry and the society through different initiatives. Over the years, Yvonne has featured in several movies both in Ghana and in Nigeria. Like most celebrities, Nigeria was like her second home.
While she was in search of her destiny, the actress ventured into several professions before settling for acting. She was into music, as she used to rap back in the days when she was at the university, but this did not hold for long. Yvonne also tried her hand at modelling,and again, it didn’t work for her, before she finally met her destiny when she ventured into acting. One hopes that the beautiful actress finds a true love someday.
***
Source: Vanguard
Top Stories