Comedian, Steve Harvey has told a story about how his mother asked some preachers to lay hands on him as a child. 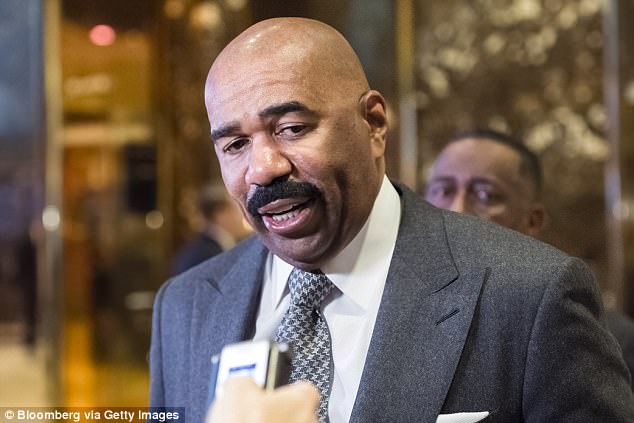 American comedian, Steve Harvey, has described how his worried mother misunderstood his talent.

Speaking at one of his shows which he tweeted on Tuesday, the television host, producer, radio personality, actor, and author said his mother was bent on securing deliverance for him from whatever was his problem that she made it a point of duty to pray fire-power prayers for him.

Perhaps, not satisfied with her own intercessory pace, she also hired a handful of pastors to join her in the spiritual war.

See the video as posted on his verified Twitter handle @IAmSteveHarvey: