Ekesu, therefore, asked the court to strike out the matter seeking to stop the Ward, Local government and state congresses of the APC in Rivers state. 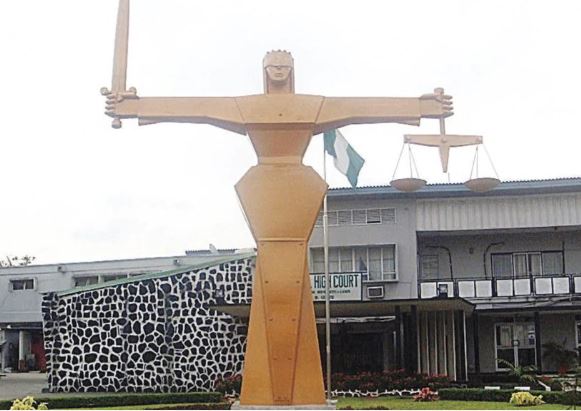 Late Jonathan Nkpumeh is among 23 aggrieved members of the All Progressives Congress, APC that dragged the party to court to stop the planned Ward Local government and state congresses from holding in Rivers State.

This is according to the Counsel to Nkpumeh’s family, D.U Ekesu.

Ekesu made this known in an affidavit tendered before Justice G.O Ollor who presided over the suit filed by Ibrahim Umar and others against the National Working Committee of the APC.

He wondered how a dead man gave his consent to be added in the suit, stressing that Jonathan Nkpumeh died over a year ago before the suit filed in August.

Ekesu, therefore, asked the court to strike out the matter seeking to stop the Ward, Local government and state congresses of the APC in Rivers state. According to him, “We are perplexed as representatives of the family to learn that a dead man gave consent for a suit to be filed on his behalf.

“So we have filed an affidavit of fact deposing those veracities that the Late Jonathan Nkpume could not have from his grave given consent to those who filed the suit.

“As a matter of fact, his death had occurred about a year ago before they came to file the suit.”

Reacting to the development, Counsel to Ibrahim Umar and others, Henry Bello told newsmen that the court will determine if the documents meets the requirement of the Evidence Act.

DAILY POST reports that the development and the decision of another set of 19 aggrieved members of the APC stalled hearing on the suit instituted by Umar.

Justice G. O Ollor ordered parties to exchange their responses and adjourned to the 30th of November for mention.
Top Stories