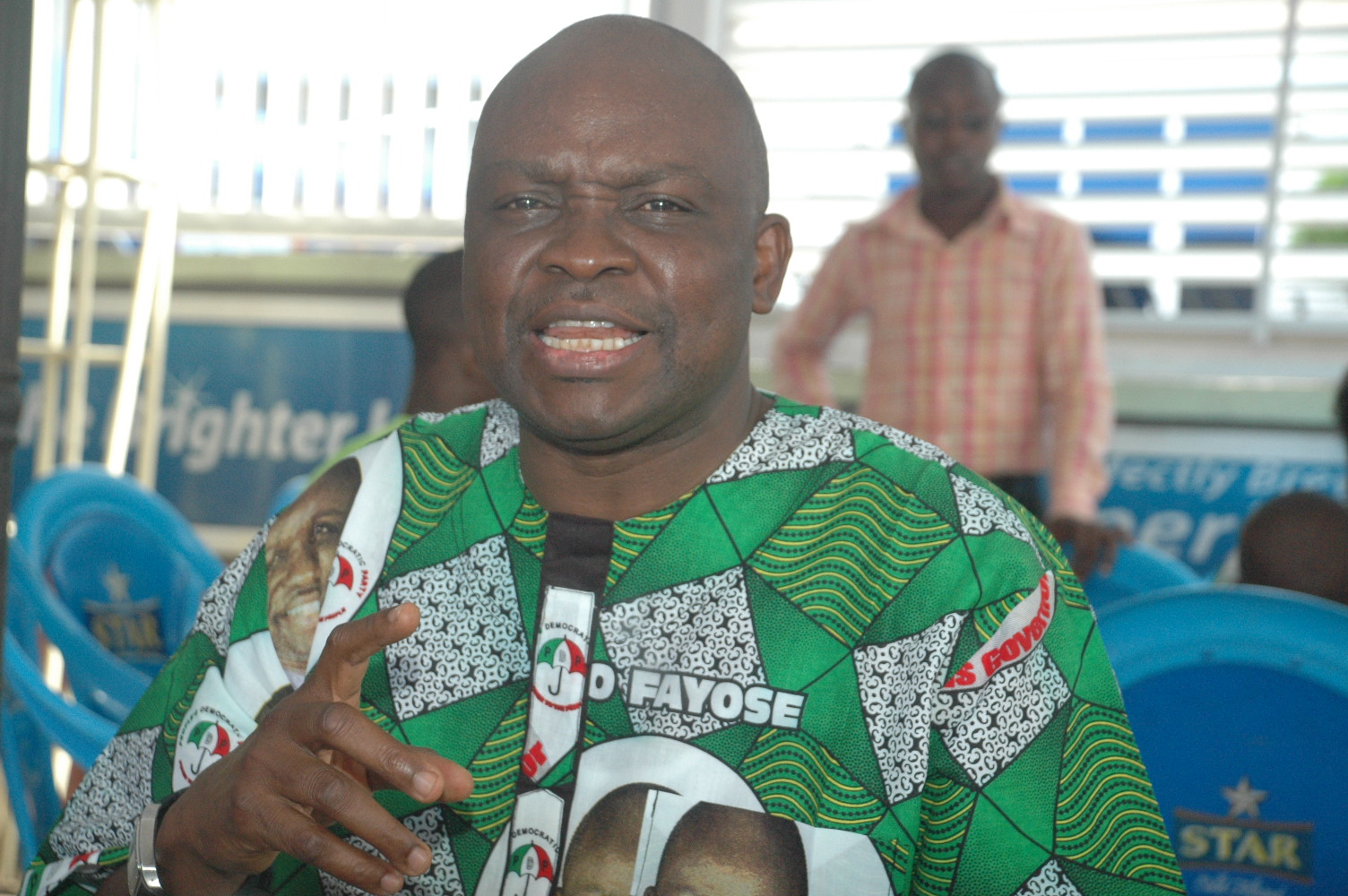 Ayodele Fayose
The Federal High Court in Lagos has heard from a former head of Zenith Bank branch in Akure, Ondo State, Sunday Alade on Wednesday, October 23rd how it took 10 days to count the N1.2bn delivered to the bank in June 2014 by Abiodun Agbele, an ally of former Governor Ayodele Fayose of Ekiti State.
Alade was in court to testify against Fayose, who is being prosecuted by the Economic and Financial Crimes Commission for an alleged fraud of N2.2bn. Alade, who was fielding questions from the EFCC lawyer, Rotimi Jacobs (SAN), narrated to Justice C.J. Aneke, how the N1.2bn was allegedly evacuated from two aircraft and taken in two trips in a bullion van to the bank for lodgment as instructed by Agbele.
He said, “When the aircraft arrived, three individuals disembarked from it, two of them walked away while the third person walked to Abiodun Agbele. After a short interaction, we were left to offload the cash from the aircraft.
“One Adewale O who introduced himself as the orderly to Senator Obanikoro led us to offload the cash. When we got to the branch, we bundle-counted the cash and it was about N744m.
“We were told there was a balance and we went back to the airport to pick the second batch from the aircraft into our bullion van. The second tranche was about N494m, making a total of N1.2bn. The money was detail-counted by the Cash and Teller Unit for 10 days before it was credited into three different accounts.”
A senior official of the Central Bank of Nigeria, Aliu Mohammed, who also testified against Fayose, told the court how N2.2bn was allegedly transferred from the operational account of former National Security Adviser, Sambo Dasuki, to the Diamond bank’s account of a firm, Sylva Mcmanara.
Justice Aneke adjourned till Friday, October 25th for further proceedings.
Top Stories