Following their latest loss at the Supreme Court, Peoples Democratic Party has broken its silence. 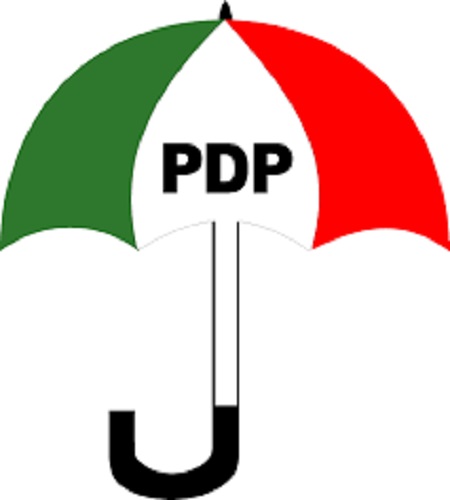 PDP
The National Chairman of the Peoples Democratic Party, Uche Secondus, on Wednesday broke his silence after the Supreme Court dismissed the appeal of the party and its presidential candidate, Atiku Abubakar, against the victory of President Muhammadu Buhari, the final judgement comes from God almighty.
He stated that Nigeria is in such an untidy state that only God can bail it out.
He spoke in a statement by his media aide, Ike Abonyi, while responding to the judgement of the Supreme Court dismissing their appeal against the victory of Buhari and the All Progressives Congress in the February 29 election.
He urged Nigerians to remain resolute in their prayers to God, adding that the country is in such a untidy state that only God can bail her out.
Secondus commended Nigerians of all divide for their commitment and support to the party and to democracy. He said the commitment of Nigerians to democracy and its tenets despite inhibiting factors is worthy of emulation and highly commendable.
He said, “We thank you for your support for PDP, for your commitment to democracy. Nigerians know that you voted PDP, even APC knows that you rejected them on February 23, 2019, international community knows you voted for PDP, if Supreme Court of seven justices says otherwise, leave it to God the ultimate Judge.”
He also commended journalists for their commitment to democracy and good governance in Nigeria and urged them not to relent in their roles of holding politicians accountable to the people.
Top Stories