How I Battled Fibroid For Five Years – Toyin Lawani


Toyin Lawani has shared the story of how she battled with fibroid for many years and how she nearly lost her womb. 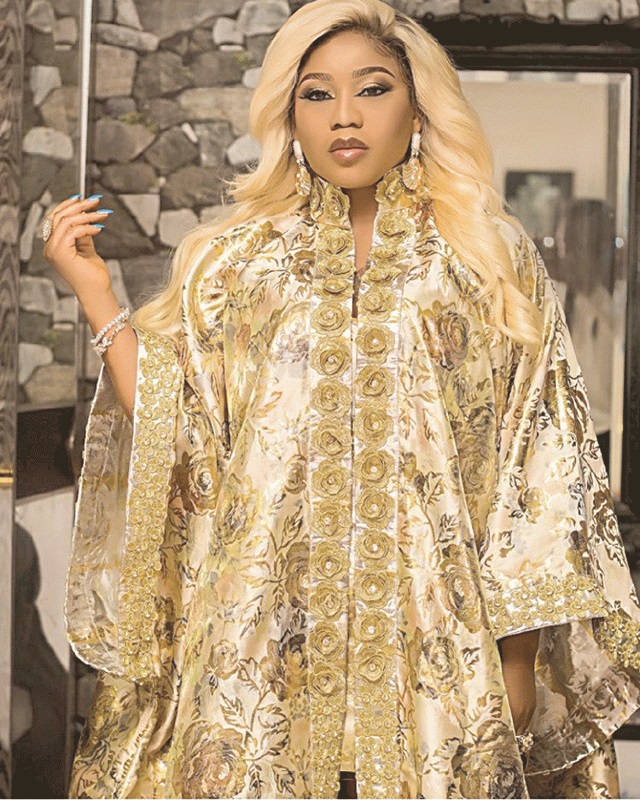 Celebrity stylish designer, Toyin Lawani and the founder of “Tiannahs place empire“ recently opened up on her battle with Fibroid for many years on her Instagram page stating she has been battling the ailment for over 13 years.

Toyin Lawani shared the story of how she battled with fibroid when she was pregnant with her first child. She narrated her struggle with fibroid and how she nearly lost her womb.

“I chose to tell you about my story today. I keep everything in my life under wraps because of the negativity out there. 90 percent of my life doesn’t make it to the Internet. I’ve been through a lot in my life, but I’ll let you read all the truth in my book and watch on my reality show #Lifeofanenterpreneur…”

“When I had @lilatmfashionista (Tiannah) I bled all through the pregnancy not knowing I was even pregnant till about 5 months after. three years after I had her I was always having stomach pains and bleeding heavily through my periods. I went to see my gynecologist and he said I had three small fibroids and we agreed to take them out through laparoscopic surgery.

“I woke up thinking it was done, he said it was on my womb, that I will lose my womb if he did it, and I didn’t sign for them to open me up. They had to do it through major surgery. He said one was on my bladder, which made me pee myself when I cough in public and it gave me terrible back pains and leg pains, but he then advised me to have another baby before the surgery.

"Years after, I got pregnant with @lordmaine1 despite the consequences around it. My partner insisted I had the baby after we found out I was pregnant for months like this because I was still having my periods. Due to the fibroids, around five months I was bedridden. I had a lot of pains from the pregnancy and flew to my gynecologist in the UK.

"He said I had something called Red Degeneration where the fibroids suck the blood from the baby and doesn’t make it grow. The same day I found out I had Gestational Diabetics. I thought I was going to lose the baby, they changed my diet, went through nonstop pains till about 7 months. Later the baby started growing well and so was the 3 fibroids, they put my sugar levels on the check, during this period.

“With all the pains I even had a fashion show in UK @afwlandafwn and no one knew what I was going through. Even after the show I still ended up at d hospital the next day and they couldn’t give me any serious meds all through my pains, because it could affect the baby, just pain killers. So, I had to bear the pain and in all these, one day while I was sleeping at home, someone sent me a blog story.

"I read a lot of horrible things about the paternity of my child, with a series of lies, just to pull me and the brand that I’ve worked so hard for down. This worsened my health badly, but my partner & mother-in-law stood by me all through.

“Taking care of me and with prayers, they never doubted me for once. During this period, I couldn’t walk, eat, bath myself, nor talk, thanks to my partner and brother. They used to bath me. I also had a sister God sent to me, but the pain stopped after about 7 months.

"A lot of my former staff had left me by then, but I raised a team of interns & worked till I was 8 months and two weeks because like everyone else, we have bills to pay. I even lost my home and former shops. After I had the baby, I started working on my new site Tiannahsplacempire quietly…leaving some details out but you can read it in my book.