Rodrigo Alves Popularly known as The Human Ken Doll undergoes a dramatic surgical procedure to remove his fake six-pack and have it put into his bum to make it look bigger. 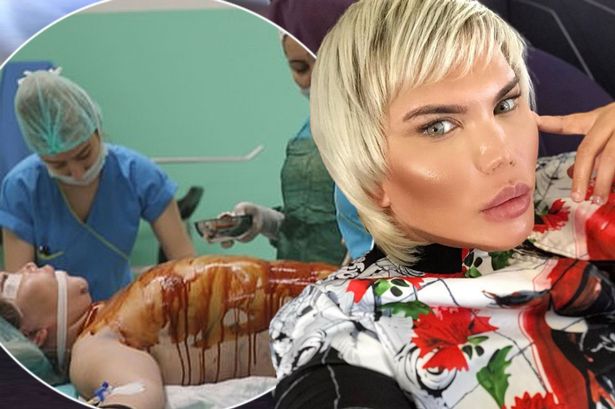 Rodrigo Alves has undergone a dramatic surgical procedure to remove his fake six-pack and have it put into his bum to make it look bigger.

The former Celebrity Big Brother star  better known as the Human Ken Doll - has gone under the knife dozens of times in a bid to completely transform his look.

But in one of his most radical moves ever, the 36-year-old has had his infamous fake six-pack taken out and the fat inserted into his backside to give him a Brazilian Bum Lift.

And he did it all on camera for a German TV documentary.

The reality personality told MailOnline that eight years on from his Abdominal Etching procedure in Brazil, he decided he was done with his six-pack.

He said: "As much as people thought that it was amazing I don't think that it passed on the right message since I didn’t work out for it I just payed for it.

"Also, the six-pack didn’t match the rest of my body and started to look a bit silly!"