Monroe went further to say that if a lady is fat, she is fat and there should not be any sugarcoating to it. 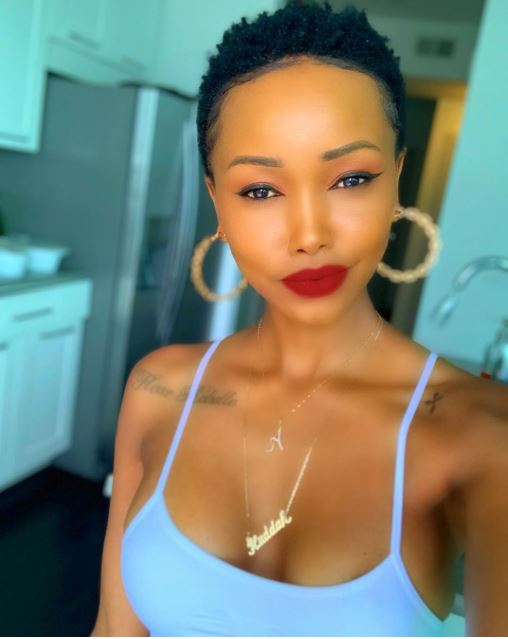 Kenyan socialite, Huddah Monroe has taken to her social media page to share what she has described as ‘the truth of the matter.

Monroe, who was giving her two-cents about body-shaming and what it means, has said we should all call a spade a spade. She went further to say that skinny ladies get criticized for their size as well as fat ladies but nobody takes that into account.

Following that, she went further to say that if a lady is fat; she is fat and there should not be any sugarcoating to it.

"Why is it ok to shame skinny women.

Lacking meat ETC and when a fat woman is fat, she can’t be called FAT coz that will be termed as body shaming ? LOL!!

They swea she is confident in her own skin and call her #THICK. BIssh is FATTTT! In capital letters! A whole elephant. Let’s just stop lying to these women and promote healthy living". 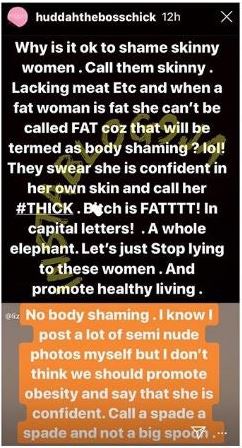