Shocker! Drug Dealer Cuts Woman Into Pieces And Dumps Her In Street Bins After Meeting Her Online


A drug dealer has reportedly cut a woman up into pieces before dumping her in street bins after meeting her online. 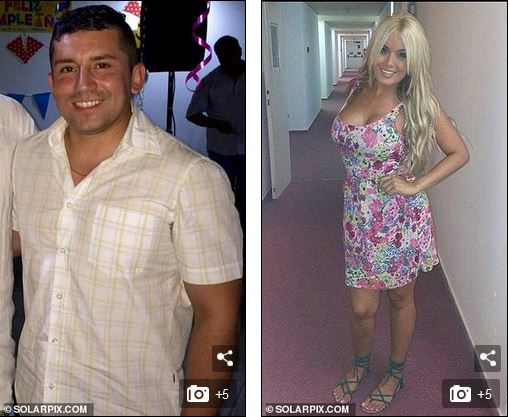 Colombian national Palma (left) was convicted of drug distribution in Italy in 2008 and returned to Spain after his sentence.

Police are searching for the remains of a Spanish woman after a man she met over the Internet reportedly confessed to cutting her body into pieces and throwing them in different street waste containers.

Convicted Colombian drug dealer Jorge Ignacio Palma, 37, is said to have made the grisly confession after giving himself up to detectives hunting him after Marta Calvo Buron, 25, went missing.

She vanished on November 7 after arranging to meet him at his rented home near the east coast Spanish city of Valencia on an online dating site.
Palma, thought to have fled from Spain to Italy before it emerged on Wednesday that he had been in hiding, was the police's principal suspect.

He had already been linked to a previous police investigation in April after detectives discovered he had been the last client of a prostitute who died after suffering convulsions moments after he had fled the room they were in at a brothel in Valencia.

Police have already searched rubbish bins in his home town and surrounding villages and are now understood to be focusing on waste plants and municipal tips.

Spanish media reports said a waste plant which collected household rubbish from the area where Palma lived had been ordered to suspend operations at midday on Wednesday to facilitate the search for Marta's body parts after the self-confessed killer's admission.

It is not yet clear what Palma told cops during a subsequent formal interview in the presence of his defence lawyer.
Juan Carlos Fulgencio, a central government spokesman for the Valencia region, said after the suspect's arrest: 'We could be looking not only at a disappearance, but also at a physical aggression that could have resulted in Marta's violent death.

'Jorge Ignacio has been arrested, he is in Spain and he is going to be questioned about Marta's violent disappearance.

'The hypothesis that's always been on the table is that she suffered a violent assault that possibly caused her death.'

Palma, who returned to Spain after being jailed for drugs trafficking following his 2008 arrest in Italy when he was caught with nine kilos of cocaine, vanished five days after Marta's disappearance.

He is said to have handed himself into police after being pressured into doing so by his family.

The rented home where he was last seen with Marta, and a car he is suspected of trying to have disposed of at a scrapyard, had already been searched by police.

Detectives knew where the missing woman had been the night she was last seen because she sent a WhatsApp to her mum with her exact location on it as a precaution.