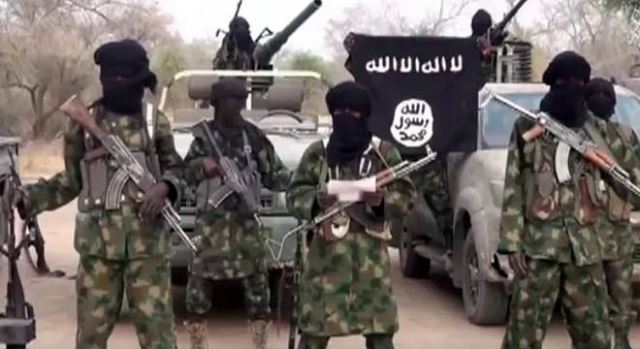 The Nigerian Army has disclosed that troops in various operations within the northeast have neutralised 3 Boko Haram terrorists as 12 women, 4 children held captive by the terrorists were rescued.

This was disclosed by the Nigerian Army Operations Coordinator, Colonel Aminu Iliyasu in a statement issued on Thursday.

The statement reads, “In what has now become a recurring decimal for the Boko Haram criminal elements across Operation LAFIYA DOLE Theatre, owing to the growing effectiveness of the Nigerian Army Super Camp Concept, some criminal Boko Haram elements mounted on 5 Gun Trucks and motorcycles, attempted to infiltrate 112 Task Force Battalion troops’ location at Mafa in Mafa LGA of Borno State on 1 December 2019.

“In a shameless display of poor training and tactics, the marauding criminals made themselves easy target, as they fell prey to the superior firepower of the resilient and highly professional troops of the said Battalion.

According to the Coordinator, during the exploitation, troops recovered 3 Boko Haram bodies while 1 Gun Truck, 1 motorcycle, 1 Anti-Aircraft Gun, 1 PKT Gun, 1 Rocket Propelled Gun Tube were captured by the troops.

“In a similar development, 2 female suicide bombers attempted to infiltrate the Defence Company of 26 Task Force Brigade Garrison location at Gwoza in Gwoza LGA of Borno State on 1 December 2019.

“Consequently, the eagle-eyed soldiers deployed on sentry duty identified the criminal intruders and neutralized them before they could detonate their suicide vests”, he added.

Colonel Iliyasu in a related development disclosed that troops of 21 Special Armoured Brigade in conjunction with some Civilian Joint Task Force conducted robust clearance operations to suspected Book Haram enclaves at Zua and Kotembe villages in Bama local government area, noting that 12 women and 4 children were rescues during the operation.

The Media Coordinator also revealed that troops under Operation Crocodile Smile IV across the country have recorded tremendous successes where arrests of suspected criminals and recovery of arms and ammunitions were made in Lagos, Rivers, Bayelsa, and Sokoto states.

“The Chief of Army Staff, Lieutenant General Tukur Yusufu Buratai commends troops for their exceptional display of patriotism, professionalism and responsiveness. He, however, admonishes them to remain resilient and continue to be steadfast in the fight against criminal elements across the nation”, Colonel Iliyasu said.