Justice Dorcas Agishi of the Federal High Court gave the order on Wednesday after the duo failed to produce a suspect, Nanpon Sambo. 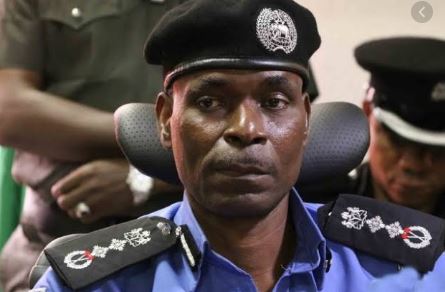 A Federal High Court sitting in Jos, the Plateau State capital has again threatened the Inspector General of Police (IGP), Abubakar Mohammed and Abba Kyari, the officer in charge of Intelligence Response Team (IRT) with contempt for disobeying its orders.

It ordered, “The Inspector-General of Police (I-GP) and Deputy Commissioner of Police, Mr Abba Kyari, in charge of Intelligence Response Team (IRT), to appear in person on Dec 9 and explain why you should not be committed to prison for gross contempt of court.”

Justice Dorcas Agishi of the Federal High Court gave the order on Wednesday after the duo failed to produce a suspect, Nanpon Sambo, who was alleged to have died in police custody in Abuja.

She also ordered, “the Attorney General of the Federation (AGF) should be informed for compliance.”

Mr D.G. Dashe, Counsel to the suspect, had made two applications before the court to order the IGP and Kyari to appear before it to show cause why contempt charge should not be visited upon them for failing to produce Sambo dead or alive on Nov. 29 as ordered.

He also prayed for an order notifying the Attorney General of the Federation to ensure compliance by the duo.

NAN reports that the Police arrested Nanpon Sambo Since the 28th Feb 2019 while on bail before Justice Agishi on a charge of Illegal Possession of firearms.

He has neither been charged to court to date for any offence by the police and the police have ignored several court orders to produce him in court for the continuation of his trial.

The Police, through its Counsel, Mr Joshua Ayanna, had claimed that the suspect died in their custody in July.
This claim brought about the court to order the duo to produce Sambo before it on Nov 29 dead or alive.

According to her, “If the defendant has already been buried by the police, the police are hereby ordered to exhume the corpse of the defendant and produce it at the Jos University teaching hospital for positive forensic and DNA identification by a licensed medical practitioner.”

Although the judge gave them (Police) two weeks within which to produce the suspect or face the wrath of the Court, they, however, failed to comply with the order as they were not even in Court on that day, Nov. 19.

“Upon resumption of hearing of this case, the defense counsel, Mr D.G. Dashe, had informed this court that the earlier order of Nov. 29 has not been obeyed or complied with

“This court, hereby, orders the Inspector General of Police (IGP) and Mr Abba Kyari to both appear before it on the next adjourned date, Dec. 9 to show cause why they should not be committed to prison for contempt,” she said.