Tinubu's Dangerous Dance With The Cabal


Farooq Kperogi PhD has commented on one of the biting political issues in the country with a focus on Asiwaju Bola Ahmed Tinubu. 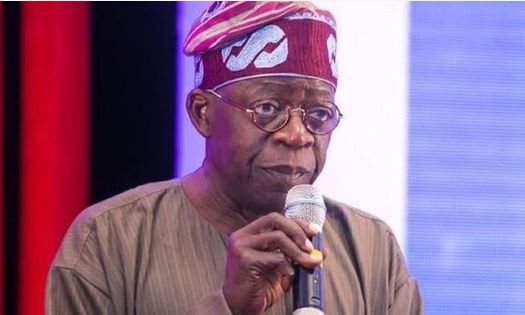 The cabal is toying with Bola Tinubu like a yo-yo—and he is naively, if gingerly, playing along— in readiness for his eventual political incineration by or before 2023. And the cabal is being ruthlessly Machiavellian about it.

Tinubu has been given a fake promissory note that he’ll be APC’s presidential torchbearer in 2023. On the strength of this worthless promissory note, they’ve sought his permission to destroy some of his most trusted foot soldiers.

With his consent, they’ve consigned Yemi Osinbajo to symbolic Aso Rock prison. Tinubu endorsed Tunde Fowler’s replacement at the FIRS and is in on his impending trial for corruption. He also stamped his imprimatur to Muiz Banire’s unceremonious ouster from AMCON. He’s giddily approving everything the cabal tells him it wants to do to his “constituents” and foot soldiers.

He has now fallen out of favor with almost all Southwest governors except his dutiful stooge in Lagos and his nephew in Osun. Of course, he is a bête noire to Afenifere. At this rate, Tinubu would divorce his wife and disown his children if the cabal tells him to do so—just because he’s told that he’d be president.

This is a strategic, Machiavellian demobilization of his base, but one in which he is a willing participant, using the illusory promise of APC presidential nomination. When he is eventually denied the APC presidential slot, he would have no one of political consequence in his natal region to fall back to for counterattack other than his battering rams in the Lagos media.

Before his eventual political annihilation, he would be thoroughly unpopular in the Southwest. His fate would elicit no mass sympathy from the region when the cabal finally bares its fangs publicly and devours him.

To be sure, Tinubu is sensing danger, as we can tell from the newfound, unaccustomed critical commentaries in his paper, but he is like a moth that is irresistibly and fatally attracted to the flame that will eventually burn it alive. The flame is the promise of the presidency.