Pastor Jimmy Odukoya has tested the kindness of some Nigerians by dressing like a homeless beggar. 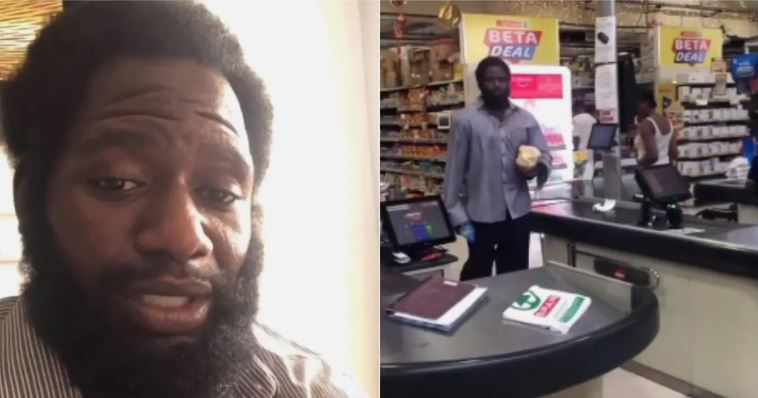 Christmas season is said to be the most wonderful time of the year. It is the season to rejoice, reflect and love. To feel the season, Nigerian pastor, Jimmy Odukoya, has tested the kindness of some Nigerians.

The pastor did so by dressing up as a homeless beggar in need of financial help to feed himself. In a video shared on his Instagram page, the pastor was seen dressed in plain trousers and a shirt with his rough hair and beards. He went to a big supermarket in Lagos state to carry out his mission.

He was spotted with a loaf of sliced bread and a bottle of water walking around the supermarket to get the attention of different people. He would ask them to pay for his food and see how they would react. Out of the five people, he approached three people answered him while two others ignored him. A woman in pink ignored while a lady who saw there conversation asked him what he wanted and attempted to pay for his food.

A man ignored him and an elderly woman after shouting at him for picking what he could not afford also attempted to pay for his food. The most inspiring one was a woman who revealed that she did not have much but still offered to pay.

For all those that offered to pay for his food, Odukoya refused and paid for their goods in return. At the end of the video, the pastor advised people to remember to be kind to others, especially during this Christmas season.