He also made reference to 2012, three years before Mr Fowler's appointment, as the best year for the FIRS. 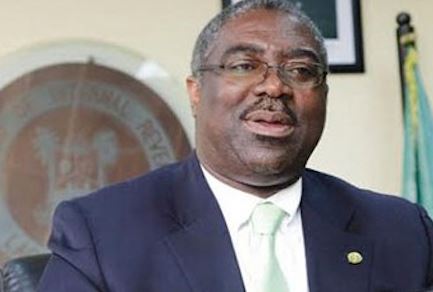 The newly appointed Chairman of the Federal Inland Revenue Service (FIRS), Muhammad Nami, on Monday launched a veiled criticism of his predecessor in office, Babatunde Fowler, accusing his management of superintending a steady decline in revenue collection by the service since the inception of his tenure in 2015.

It was meant to be the new chairman’s first Christmas message and felicitation to the revenue service staff since his assumption of office on December 19.

But, he used the message to carry out a performance assessment of Mr Fowler’s management, accusing it of failing to maintain the “impressive performance” the agency recorded since 2011, with 2012 as the benchmark year for outstanding performance.

Reviewing the performance and workforce of the service between 2011 and 2019, Mr Nami took a jab at Mr Fowler, saying “despite the rise in Service workforce, the engagement of consultants, the rise in inflation and the exchange rates, the tax revenue collection (of the FIRS) continues to dwindle.”

Commending the FIRS staffers for “displaying the spirit of steadfastness, resilience, perseverance and deftness in the discharge of your assigned responsibilities,” he urged then to use the yuletide holiday to ponder over the past and resolve to resume refreshed and better prepared to serve.

He also made reference to 2012, three years before Mr Fowler’s appointment, as the best year for the FIRS.

“As a result of your uncommon commitment to duty, 2012 especially, you were able to raise Five Trillion, Seven Billion Naira even without active participation of consultants and with moderate inflation and exchange rates. I want to be positive that this impressive performance is achievable again,” the Chairman reminded the workers.