Mr Eazi in a recent interview opened up on why he does not own a car as many of his colleagues in the entertainment business. 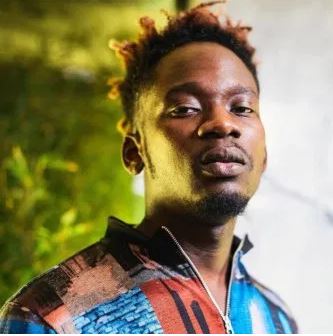 Nigerian award-winning singer, Oluwatosin Ajibade popularly known as Mr Eazi has disclosed that he would be taking time off the music scene for some weeks.

He further revealed that he would be making a come back in February and advised his fans to keep living the spirit of “Miraku”.

In his words; “$Guys the cold finally got me! Man no fit record so it’s vacation time! See you guys in FeB untill then “Keep living in an atmosphere of miraku!!! “ signed – HE Don Eazi.”

Mr Eazi who is also the pioneer of Banku Music, a fusion sound he describes as a mixture of Ghanaian highlife and Nigerian chord progressions and patterns, in a recent interview opened up on why he does not own a car as many of his colleagues in the entertainment business.

He went on to speak about artistes and creatives, saying many do not respect them in general. In his words, “people don’t really respect the creative arts as an industry but I think with time the narrative is changing”.

How I Battled And Beat The Devil - Rapper, Kanye West Speaks Up
Recent Stories