Presidency Reveals What It Will Do To Governors Hijacking LG Funds


Governors hijacking LG funds have been given a serious warning by the presidency about what is to come. 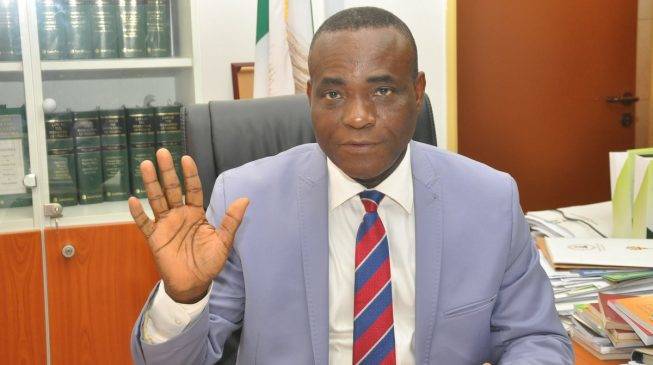 Ita Enang
The Presidency has revealed what will happen to governors hijacking funds meant for their local government.
The Senior Special Assistant to the President on Niger Delta Affairs, Senator Ita Enang, said the governors indulging in the act would face trial immediately after leaving office.
According to a statement by his spokesman, Edet Etuk, the presidential aide gave the warning yesterday while featuring on the Federal Radio Corporation Network Service programme, “Issues of the Moment” .
Enang charged the Accountant-General of the Federation and the Attorney-General of the Federation to monitor the spending of allocation of funds to the states.
“Let the governors know that they would be made to stand trial in accordance to the extant law when their immunity is eventually lifted,” Enang said.
He said most of the local government secretariats had been taken over by weeds; “while most of the primary healthcare centre do not function.”
Top Stories