The National Film and Video Censors Board has lifted the ban placed on the movie ‘Sugar Rush’. 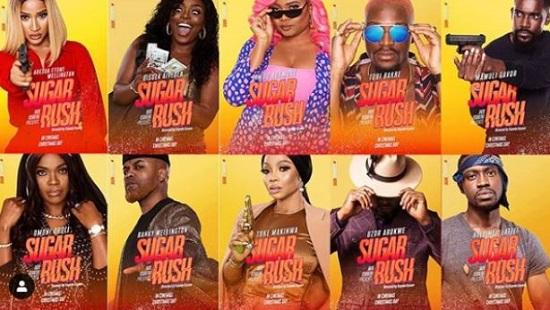 The National Film and Video Censors Board (NFVCB) has lifted the ban placed on “Sugar Rush” screening in Nigerian cinemas.

NFVCB previously stated the reason the movie was banned was that the approval it granted it was temporary and was reviewing if it worths a permanent approval.

In a press statement, the board said the movie (Sugar Rush) “has been classified and granted final approval for public screening.”

The executive director/CEO of the board, Alhaji Adedayo Thomas said; “The past week has been eventful for us as an organization with diverse speculations in the media on the perceived ban of Sugar Rush movie at the cinemas while we were still doing our due diligence on the movie for final approval.

“We are pleased to inform the general public that the movie has been classified and granted final approval for public screening.”

Thomas also stated that the unprecedented successes of the creative industry was responsible for the nation’s award as the Emerging Film Market at the Official Convention of the National Association of Theatre Owners (NATO), CinemaCon, Las Vegas, USA.

He also noted that the board improved capacity of its staff and this led to the confiscation and recent destruction of over 500million naira worth of bootlegged and pirated video works.