If Abiri Oluwabusayomi had known, she would have left the past behind her to focus on her present and future which matter most. 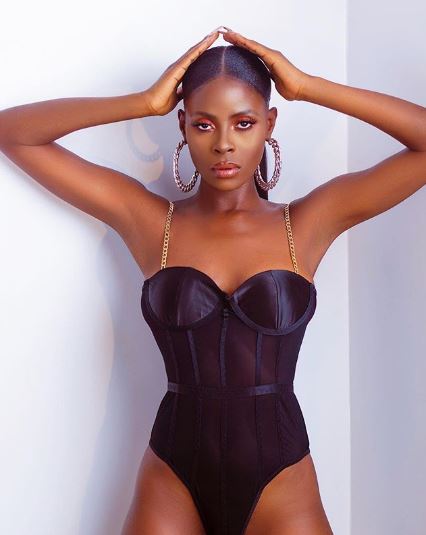 Big Brother Naija star, Khloe called out her old secondary school mates who bullied her back in the days and are now following her on Instagram after she attained fame.

Khloe must have allowed the fact that almost a million people on Instagram are now following her to get into her head. One of her old mates spoke out and accused her of being dirty and having quick s*x behind a certain 'school mosque'.

The revelation has shook the social media space with Khloe staying away from the dust the person named Adesanmi raised. She has failed to respond to the person's claims which many find so funny.

Khloe remains one of the huge suppliers of sultry pictures on Instagram by Nigerian standard. 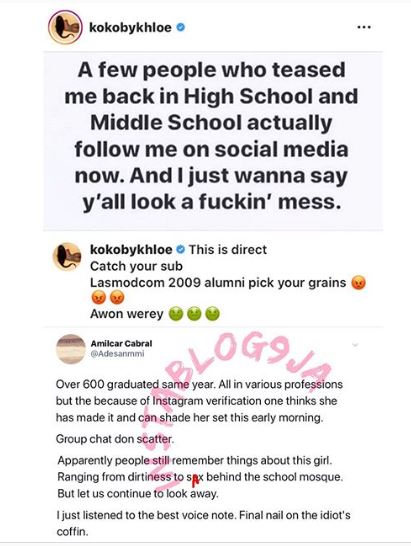