Sapphire scent boss, Wale Jana has finally paid the lady who called him out on Instagram for owing her. 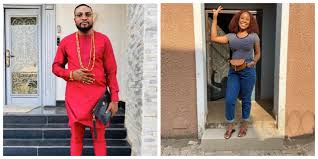 The lady who accused Wale Jana of owing her a debt of N362,000 has confirmed that he has paid her back.

The lady, Ngozi N Okoroji, had taken to her social media page to call out the Sapphire boss, Wale Jana of owing her N362,000 after she had invested in his business in 2019 and was due to get back her returns in January.

Wale Jana pays back N362K debt after being called out

When she called him out, she claimed he was threatening to take legal actions against her and even went on to block her on social media.

She has now taken to the same platform to show a credit alert confirming Jana has paid up what he owed. She captioned the image; "Dear all I just got my balance. Thanks for the support and out pour of love. God Bless us all."