Controversial Nigerian socialite, Ismaila Mustapha popularly known as Mompha has shown off a new ride in a new skit. 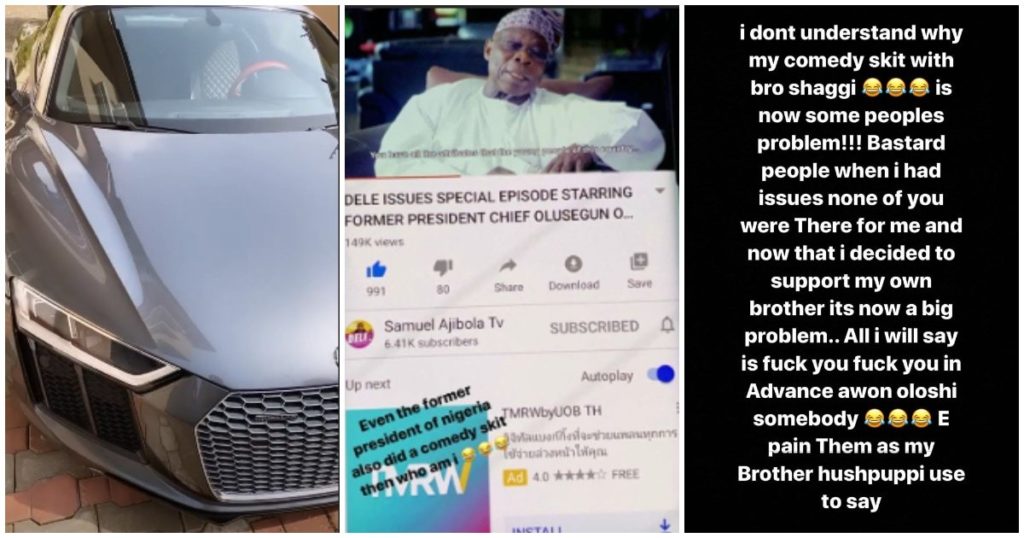 Mompha showed off his new car during a skit
Dubai-based Nigerian Socialite, Ismaila Mustapha popularly known as Mompha has shown off his new car while featuring in a skit by popular comedian, Broda Shaggi.
However, the skit has not received good reviews after being bashed by Internet users.
In the skit, Mompha played the role of a wealthy individual accosted by officials of the Nigerian Police Force (NPF).
Reacting to criticisms, Mompha stated that he does not understand why people were getting triggered over his feature.
He said that the people talking against the skit were nowhere to be found when he was going through a bad time, yet, the same set of people frown against his decision to support Broda Shaggi.
Mompha went on to share a skit that featured former president Olusegun Obasanjo. He stated that if the revered leader can be featured in a comedy skit, then he should be able to do the same.
Watch video:

Abeg, who come be the criminal now?💪🏾🤣😂 : guys! CHECK OUT THE FULL VIDEO ON @brodashaggi’s YOUTUBE CHANNEL ( OFFICIAL BRODASHAGGI ) or just click the link on his bio to watch 🙏❤💕😂😂😂😂 : Featuring : @brodashaggi @officerwoos 🎥: @botstudios