A Nigerian man has been apprehended in India alongside his gang members for defrauding people. 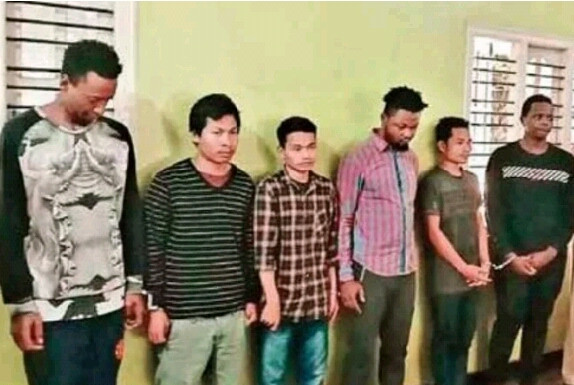 The Nigerian man and his gang members arrested by security operatives.
Policemen in India have arrested a gang of six, including a Nigerian and two Sudanese nationals, who allegedly duped over 200 people by promising them to buy or sell kidneys online.
The gang claimed to have been authorised by the World Health Organisation (WHO) and had misused the name of a super-speciality hospital and reputed doctors to lure gullible people seeking kidneys for transplants.
The arrested are Esene Lovely (29) from Benin city, Igueben Edo State, Nigeria, Mohamed Ahmed Ismail (24) from Khartoum, and Marwan Faisal (27) from Sannr, Sudan, Herendra Tripura (25) from Tripura, Kami Ranjan (21) and Jatin Kumar (25) both from Bommanahalli in Bengaluru.
A senior police officer said the suspects were arrested on Sunday. Police tracked down mobile numbers mentioned on their website, after Dr Shafiq M M, director of a private hospital, lodged a complaint.
The cheating came to light recently when a few people approached the hospital seeking clarifications, which prompted Dr Shafiq to alert the police.
The police recovered bank account details, ATM and SIM cards and mobile phones after conducting a raid. The gang was offering kidneys to patients in need and also offered to buy kidneys from donors.
They also mentioned the names of reputed doctors to convince the victims. They had allegedly taken money ranging between Rs 50,000 to Rs 60,000 on the pretext of insurance and registration from about 200 people.
The accused Esene Lovely, Ismail and Marwan are overstaying their visas in the city. The other three used to buy SIM cards which they used in the scam, the police said. 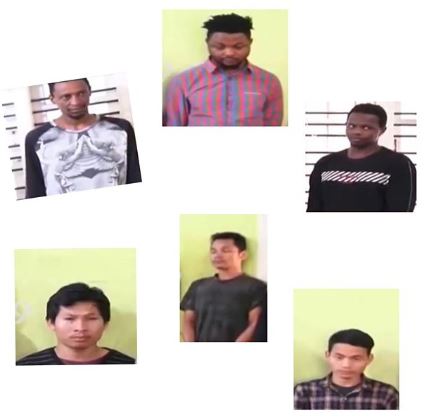