Prof. Wole Soyinka, Shehu Sani, Deji Adeyanju and other top civil activists have arrived at the court in solidarity with Omoyele Sowore ahead of his trial.

Some top names in civil activism have joined the Nobel Laureate, Prof. Wole Soyinka, at the Federal High Court in Abuja to solidarise with Sahara Reporters publisher, Mr. Omoyele Sowore, who is being prosecuted for organising a nationwide protest tagged #RevolutionNow.

Soyinka arrived the court ahead of the proceedings scheduled to commence 9am on Wednesday.

Others including a former senator representing Kaduna Central, Shehu Sani later joined him.

Sani, an activist, who exchanged banters with the playwright, later took a seat behind him.

The Department of State Services had in August 2019 arrested Sowore and his codefendant, Olawale Bakare, in respect of the protest.

They were subsequently charged with treasonable felony for allegedly planning to topple the regime of the President Muhammadu Buhari, among other counts including abusing the President.

They were held in custody for over four months until mounting domestic and international pressure forced the government to release them in December.

Justice Ijeoma Ojukwu had fixed Tuesday for the commencement of trial but had to adjourn till Wednesday due to her official assignment elsewhere.

She was still being awaited for the proceedings to commence as of the time of filing this report at about 9.11 am. 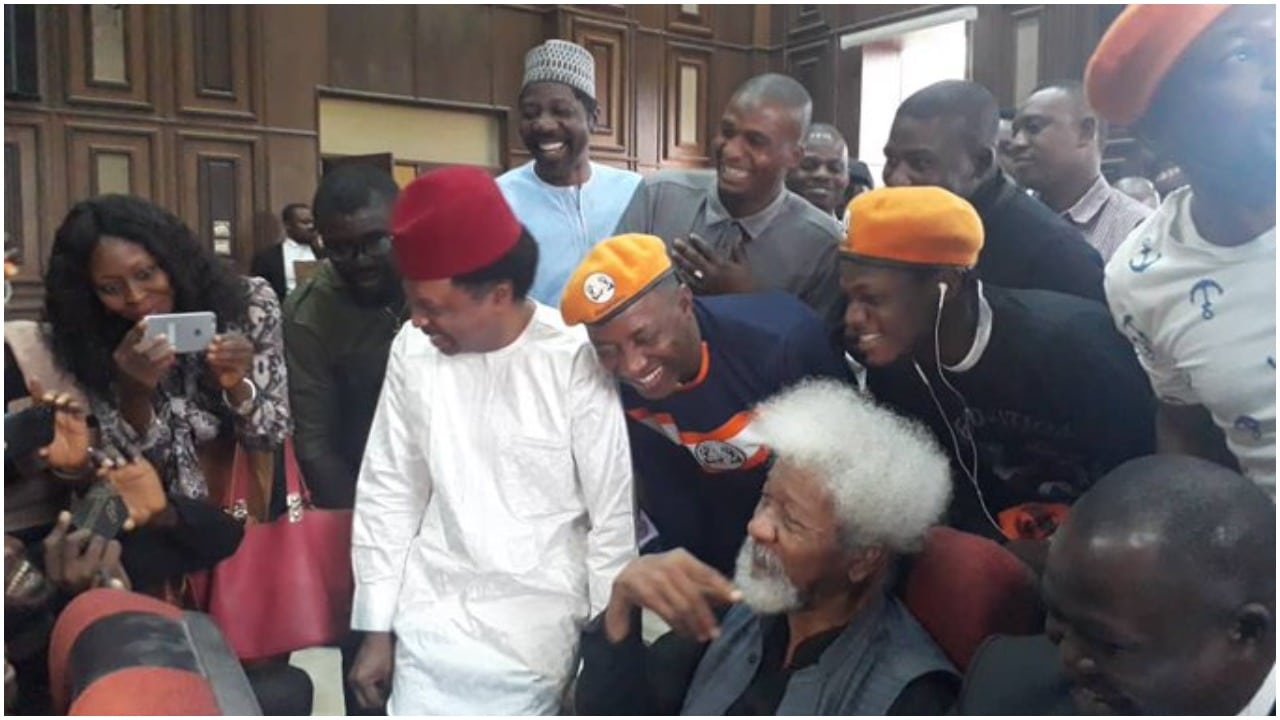