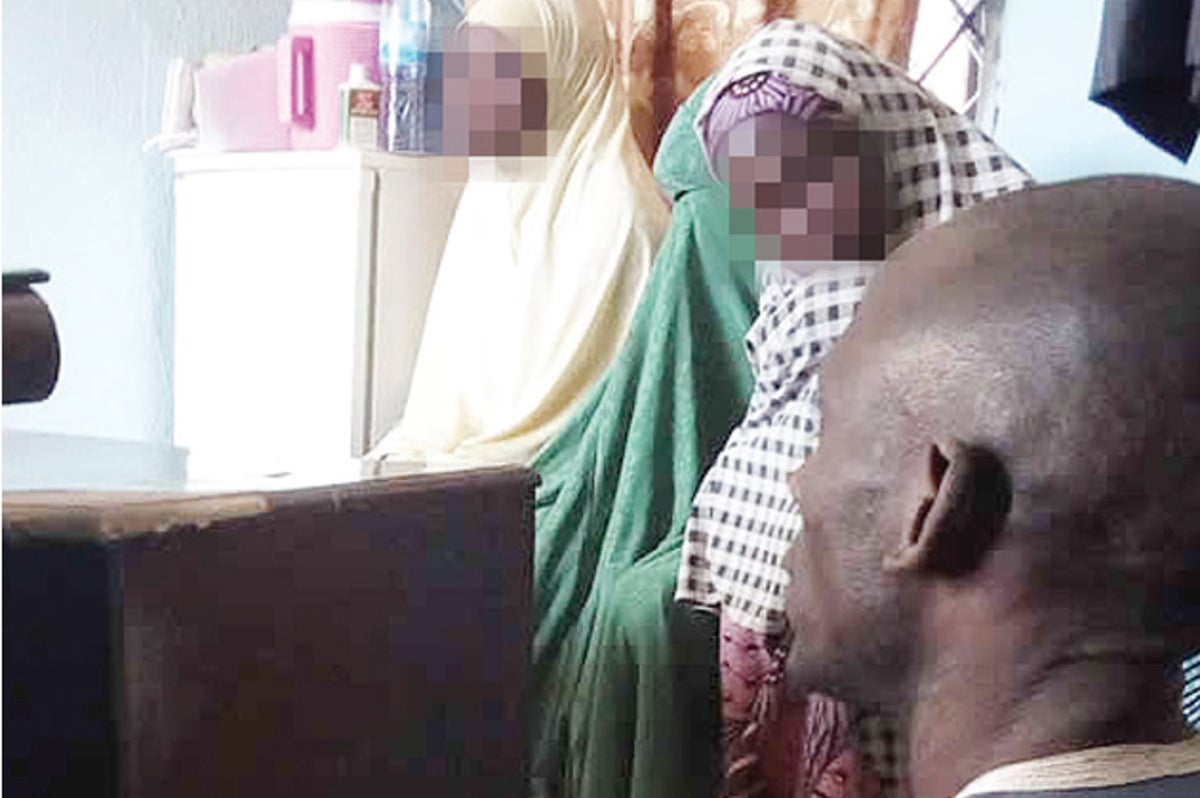 According to a report by Punch Metro, two housewives whose husband, Samaila Musa, allegedly locked up, chained and subjected to inhuman treatment for 10 months in the Rimi Local Government Area of Katsina State, on Thursday urged a Katsina Upper Sharia Court to dissolve their marriage to the man.

Fatima and Hadiza, both 20, prayed the court to dissolve their marriage, insisting that Musa violated their fundamental human rights.

The housewives told the Sharia Court that Musa, among others, starved, prevented them from interacting with their family members and forcefully shaved their hairs for unknown purposes.

The duo further told the court that if permitted, they were ready to expose other atrocities that Musa allegedly perpetrated against them.

The two women, who were present at the court sitting, showed the pictures of their alleged maltreatment.

Their counsel, Hamisu Malumfashi, who led a team of lawyers to the court, cited several instances in the Holy Quran to justify the divorce request.

Malumfashi told the court that there were witnesses, including the police, who were ready to testify in the case.

Musa, who was also brought to the court by the police, denied all the allegations.

He told the court that he was being framed up.

The court’s Alkali (judge), Ali Ingawa, adjourned the case till  February 20, 2020, to enable the witnesses to testify.

A Katsina-based non-governmental organisation, Gender and Social Inclusion, had approached the court on behalf of the duo and filed a case of infringement on their human rights.

The police had on  January 23, 2020, arrested Musa following a tip-off at Yan-Mabayye village in Rimi  LGA.

The spokesman for the Katsina State Police Command, SP Gambo Isah, who gave reasons for the arrest, said on January 23, 2020, around 3.30pm, a team of policemen, led by DPO Rimi division, uncovered the house where the suspect incarcerated his two wives and shackled them with a chain in one room.

He said, “In the course of investigation, the police discovered that the victims had marks and signs of brutalisation on their bodies. They defecated in the same room where they were chained and their hair barbed for ritual purposes by the suspect.

“He also ground pepper and put it in their private parts and eyes, among others, during their menstrual periods. The suspect also asked them to clean up the semen on their clothes after having sex with them and forced them to drink the water.”