Is Nigerian Actress, Cossy Ojiakor A S*x Addict? Check Out What She Has To Say


Controversial Nigerian actress, Cossy Ojiako has spoken on the widespread speculations that she is a s*x addict. 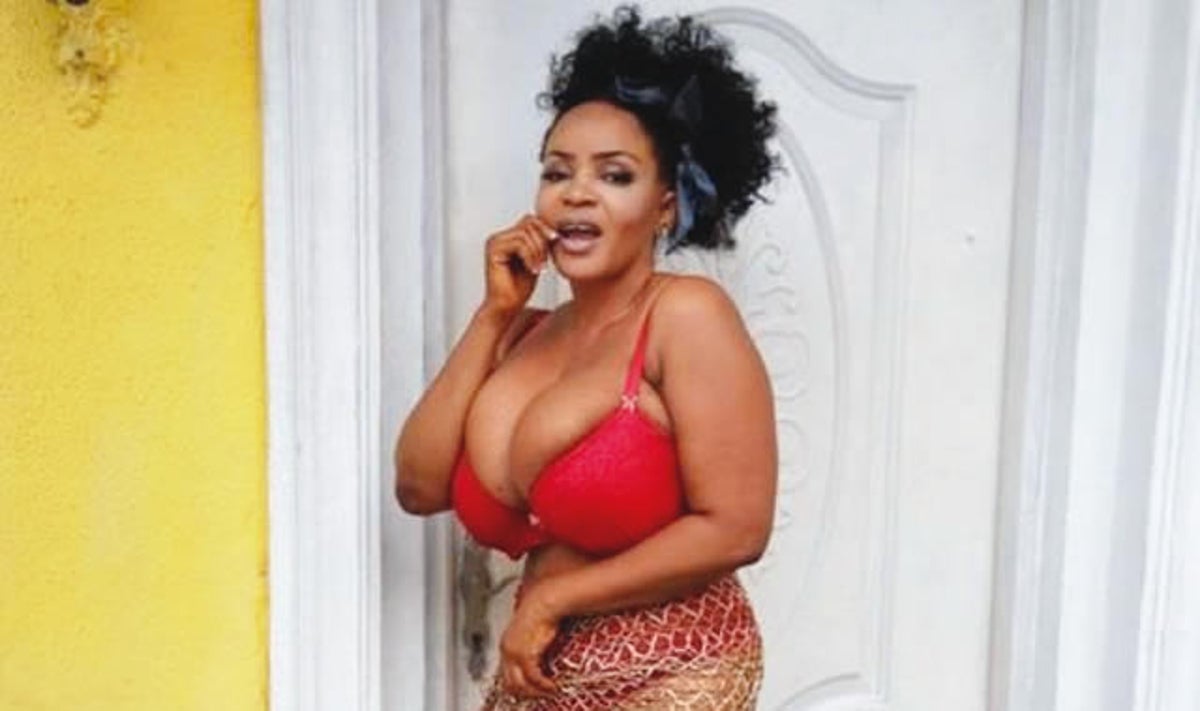 Actress, singer and dancer, Cossy Ojiakor, has said that her lifestyle does not hinder her relationship with God because she has certain Christian values and is not a sex addict like many think.

Speaking with Saturday Beats, Cossy, said, “I think one of the secrets to my looks is that I’m not addicted to sex. The exotic dancing is just like a ritual. I only have sex once in a while. When one has a lot of people asking one out or who want to be in a relationship with one, one gets tired.

“I’m born again because I believe that Jesus is my personal Lord and Saviour. One can only be saved by the grace of God. So, all the people preaching that one is a sinner should know that we have all sinned and fallen short of the glory of God according to the Bible.”

The entertainer also noted that some clerics did unthinkable things that people overlooked. “Don’t think that your sin is too much and you won’t make heaven. Nobody is perfect. Pastors lead extravagant lives and even travel abroad to ‘carry’ girls. I used to supply ladies to one of those pastors. As a matter of fact, I didn’t know he was a ‘man of God’. His church is very big and he has a large congregation. Also, a reverend father once pressed my breasts and gave me church money.

“People should know that God is always willing to forgive because nobody is holy. I’m an evangelist and I’m true to myself. If one is true to oneself, it means that one would be saved by grace. I am an Anglican person. I go to church in my hometown.”

Cossy also complained that the Nigerian Police Force treats domestic violence with kid’s gloves. She said, “When a lady goes to report about assault and domestic violence, the police do not treat it as a big case. They think the couple will reconcile. Most times, these women want justice but don’t get it.

“Some of the women who stab their husbands do so because the police had failed them. They had reported countless times but nobody cared.

“Someone once threatened me with a bottle. I reported him to the police who didn’t do much and he came back the next day.

“Before ladies act, they must have been pushed to the wall. Police should deal with those wife beaters severely. The law should take its course.”

Ojiakor also said that she’s been scarce in the acting scene because the pay has not been commensurate with her present comfort level. She added, “I have not been getting the kinds of job that I want. My comfort level has gone up so much and the money I’m offered is not worth the stress.

“In the past, I used to act for passion but now, I put my comfort first. As one gets older, a lot of things begin to dawn on one. Asides from acting, other things now pay my bill.

“There are people that pay to watch me dance and they have fun. I dance but it’s for selected people. I’m actually one of the first dancers to dance with brassieres. I don’t think there were people doing it before me. I’ve also been learning how to do strip teasing and pole dancing.”