Will Kannyood Ban Actress, Maryam Booth Over Her Leaked Nude Video? Find Out Their Decision


The leadership of Kannywood has deliberated on whether or not it will ban Maryam Booth whose nude video recently leaked. 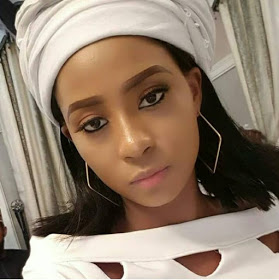 According to NewTelegraph, the leadership of the Northern section of the Nigerian movie industry also known as Kannywood says it won’t ban one of its members, Maryam Booth, over her leaked nude video.

This resolution was made on Monday, February 10, 2020, by the chairman of Kannywood Guild of Artistes, Alhassan Kwalle.

According to him, unlike what happened in the past involving another actress, Maryam Iyana, that led to her ban from the industry, Booth’s case was different as it was deliberately meant to blackmail her.

“What happened to this girl everyone knows that the video was mischievously taken to blackmail her, not that she was doing a film or sort. She tried to take action about it immediately but the guy that did it acted as if he had deleted the video and for over three years he has been using that to extort money from her under threat that he will release the video until he eventually released it on Friday,” he said.

“Recently, he called and said he wants to take his mother to the hospital and that she should give him money but she refused; that was why he decided to release the nude video,” Kwalle said.

He said two people, a male, and female, were suspected to have released the video.

This is not the first time an actress from Kannywood will be getting dragged over alleged sexual impropriety.

You may recall that in 2017, popular actress Rahama Sadau was suspended from acting after she appeared in a music video. It was claimed that the actress made some sexual gestures in the said music video which didn’t go down well with the leadership of Kannywood.